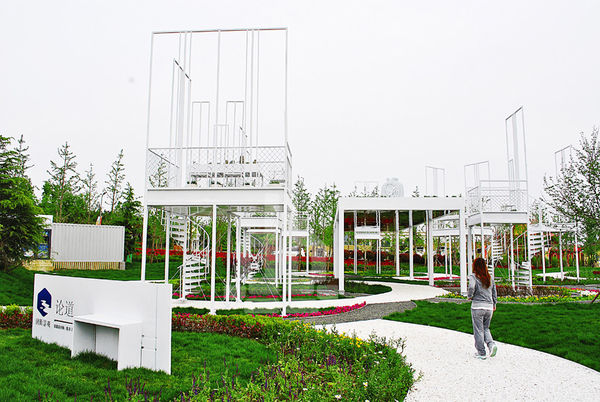 Instead of just having a simple garden for the show, the Runheng Group used large, chair-like pavilions to give the area various sections. The chairs can be used as lookouts over the space, or just observed as dividers between the different spots in the garden. When inside, people can also walk underneath the large chairs, which are connected by bridged structures, and look up to see a mirrored surface. This addition amplifies the space, making everything appear that much bigger.

Overall the design takes an average garden and makes people interact with these spaces in a different way. The interaction of the metal materials, mirrors and greenery make for an interesting experience.