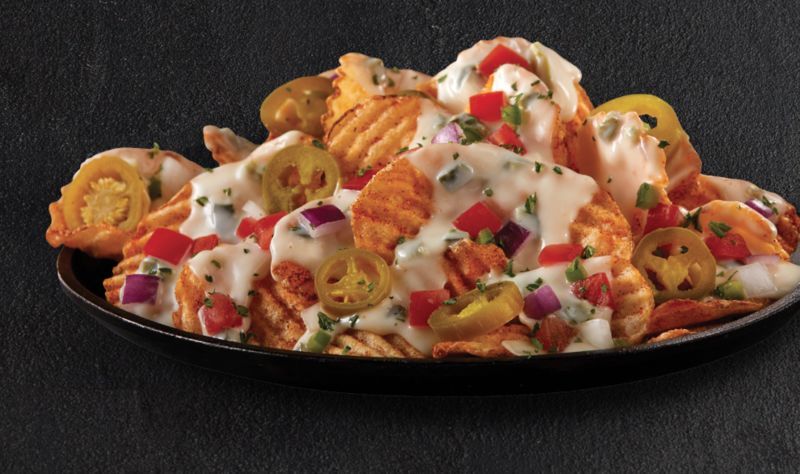 TGI Fridays' new Sizzling Queso Chips start with a plate of house-made potato chips, which have been seasoned with a bold Cajun spice mix. Just like nachos, the chips are then topped with sliced jalapeños, cilantro, pico de gallo, and a generous drizzle of hot poblano queso. The result is a spicy appetizer that is both cheesy and crunchy all at once.

Though many restaurants are ushing in the fall season with warm and comforting dishes, TGI Fridays is giving classic summer apps one more go.