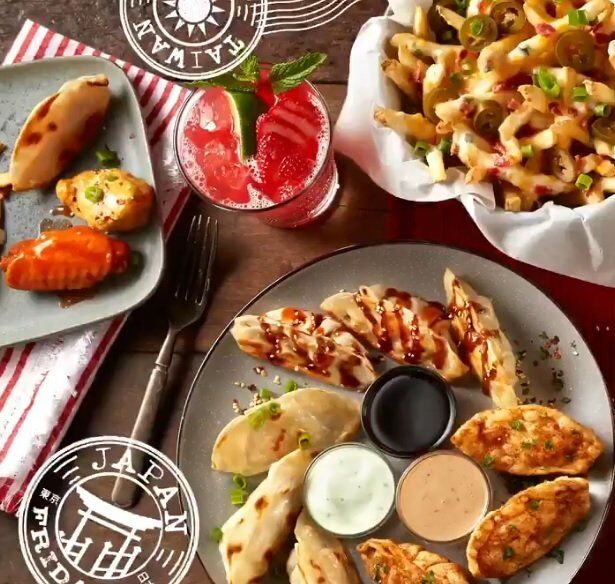 For a limited time, participating TGI Fridays locations will be serving up a Global Bar Crawl menu featuring appetizers and cocktails inspired by flavors from around the world. Some of the tasty new offerings include the 'Amazing Blazing Pound of Cheese Fries', which consists of French fries topped with poblano queso, bacon, pickled jalapeños, green onions, and mixed cheese, all served with a side of BBQ Ranch. There's also 'Around the World of Dumplings,' which is a series of pan-seared Korean Wasabi & Szechwan and Cajun-Fried dumplings served with flavored dipping sauces. There are also three cocktails to choose from, including the Fridays Ultimate Double Berry Mojito and the Fridays Ultimate Margarita Rocks.