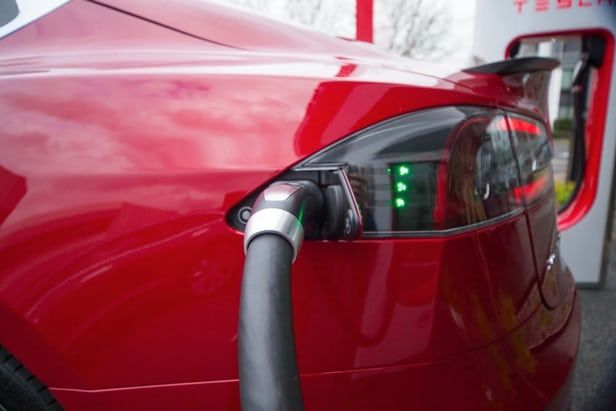 Rahul Kalvapalle — November 8, 2016 — Autos
References: tesla & newatlas
Share on Facebook Share on Twitter Share on LinkedIn Share on Pinterest
Tesla is well and truly altering its car-charging program to keep up with the times, by introducing a new program wherein people who purchase Tesla vehicles after the New Year will be offered a limited number of charging credits free of charge, after which they will have to plug in for power at home or at work.

Vehicles purchased after January 1, 2017 will come with up to 400 kilowatt-hours of charging credits, sufficient to cover around 1,609 km. Once the credits run out, owners will need to plug into their garage power outlets to keep their vehicle juiced up.

This evolved Tesla charging credits program ultimately aims to encourage vehicle owners to plug their vehicles in rather than simply rely on Tesla Supercharger stations, which can then be used for emergency situations.
0.9
Score
Popularity
Activity
Freshness
View Innovation Webinars