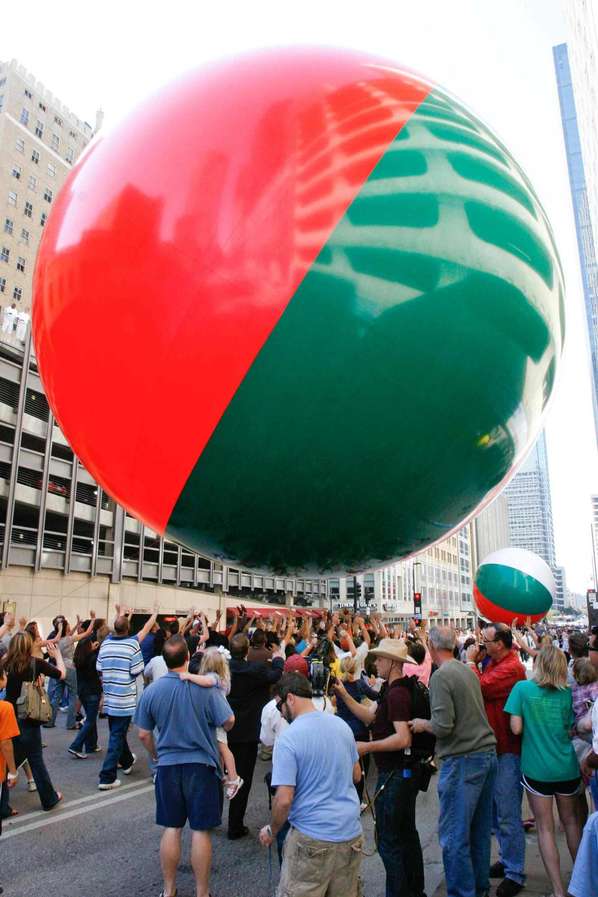 Rich — October 29, 2008 — Marketing
References: carnival-news & dallasobserver
Share on Facebook Share on Twitter Share on LinkedIn Share on Pinterest
Fun on the beach will just not be the same after a new Guinness World Record for the world’s largest beach ball was set. What was most spectacular about the record breaking attempt was not so much the size of the two balls, but the fact that they were dropped from skyscrapers onto a crowd of 2,500 spectators. Once they landed at street level, the balls, half-filled with helium, were bounced, thrown and rolled through the streets by the bystanders.

The massive beach balls, both measuring 36 feet in diameter, were dropped from the tops of skyscrapers in Dallas as part of a new marketing campaign launch for Carnival Cruises.

It seems more and more brands are investing in putting together bizarre publicity stunts to get coverage in both traditional media and the web.

Next weekend, Carnival Cruises will attempt a new record in Philadelphia where they will attempt to make the world’s largest piñata.

The Carnival promotion could have almost been mistaken for an installment in the Sony Bravia series of guerrilla street stunts.
1.4
Score
Popularity
Activity
Freshness
View Innovation Webinars