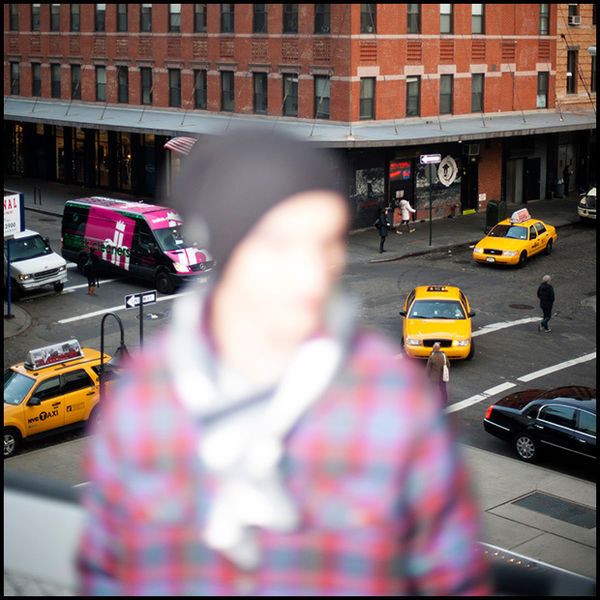 The Rio de Janeiro-based photographer effectively captures this conundrum by taking photos of people in dense urban settings and blurring out their faces, so that they literally become faceless and lose their identity, being swallowed and drowned out by the noise and chaos that surrounds them.

The end result is a poignant collection of photos that convey the challenge high-functioning urbanites face in that they must go about their daily grind and think about their careers, whilst ignoring and neglecting their inner, existential lives. The photographs implicitly urge viewers not to let their surroundings overwhelm and usurp their internal selves.

The Brazilian photographer's photos were displayed at the Flash Forward Boston festival.