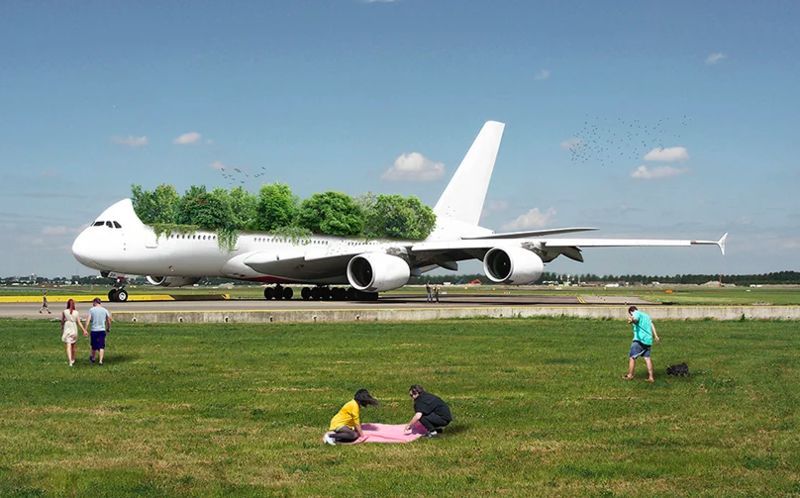 The series sees people using airports as public outdoor spaces, lounging on the grass surrounding the landing strip as if its a public park. In the background, an airplane has been cut in half to serve as a large planter that's filled with trees and flora. Similarly, some of the images re-imagine cars driving on the highway with plants blooming from its windows.

According to the artist, these renderings depict a more optimistic time at the beginning of lockdown, when he felt people would reconsider the negative effect transportation has on the environment.