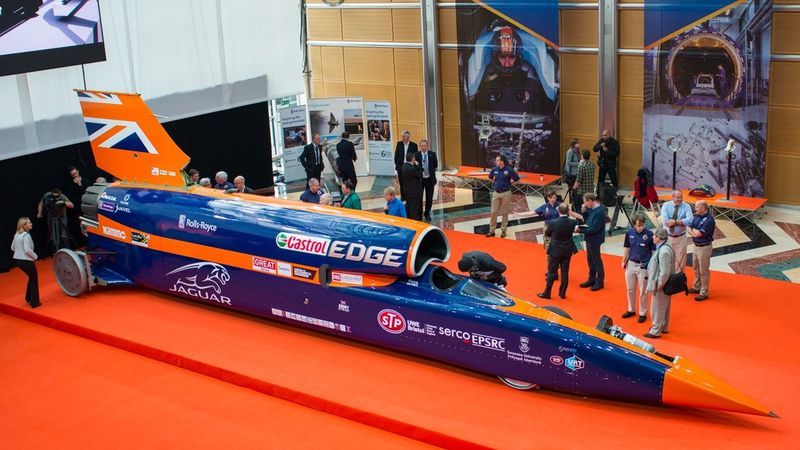 The Bloodhound Supersonic Car is Set to Make Its Speedy Debut

Rahul Kalvapalle — September 25, 2015 — Autos
References: bloodhoundssc & gizmag
Share on Facebook Share on Twitter Share on LinkedIn Share on Pinterest
The Bloodhound Supersonic Car or Bloodhound SSC is a spectacular supersonic vehicle that is looking to set a whole new land speed record of 800 miles per hour or 1,287 km/h. As if that isn't impressive or spectacular enough, it is being reported that the vehicle will then aim to break the 1,000 miles per hour or 1,600 km/h barrier as early as 2017, which would certainly make for a historic moment.

The vehicle's power specs read as high as 135,000 horsepower. The level of engineering involved in the Bloodhound Supersonic Car is pretty spectacular. The vehicle is 98 percent complete. All that remains is to add rockets, a few minor components and installing the rest of the bodywork.

The automotive world continues to surprise with new and more spectacular achievements, and the Bloodhound SSC is certainly carrying on that tradition.
0.7
Score
Popularity
Activity
Freshness
Jeremy Gutsche Keynote Speaker

1,000-MPH Cars
Bloodhound SSC is Faster Than a Speeding Bullet