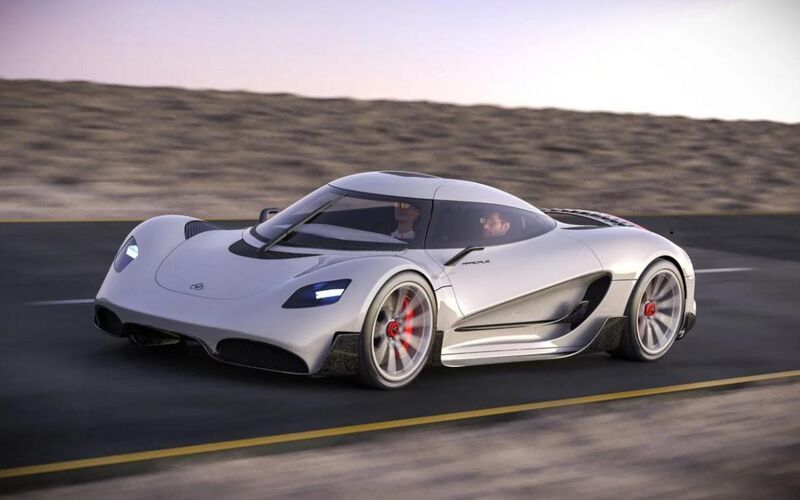 Josh Thompson-Persaud — May 10, 2021 — Autos
References: newatlas & luxurylaunches
Share on Facebook Share on Twitter Share on LinkedIn Share on Pinterest
Embracing the movement toward alternative fuel sources, Viritech announced its limited run of a hydrogen-powered hypercar called the Viritech Apricale. The revolutionary car has an ultra-lightweight build that is made possible by the graphene composite frame. This build protects and secures the hydrogen fuel tank, allowing the high-performance vehicle to operate safely and stably without being slow or bulky.

The Viritech Apricale boasts 1,100 hp and a top speed of 200 mph–making the car a key competitor with the Tesla Roadster. Due to its reliance on a hydrogen fuel source, the hypercar will likely have a high range to compensate for the lack of readily available hydrogen pumps. Looking to break into the industrial transportation industry, the engineering firm launched its hypercar design as a high-profile proof-of-concept for its forthcoming line of hydrogen-powered transportation.