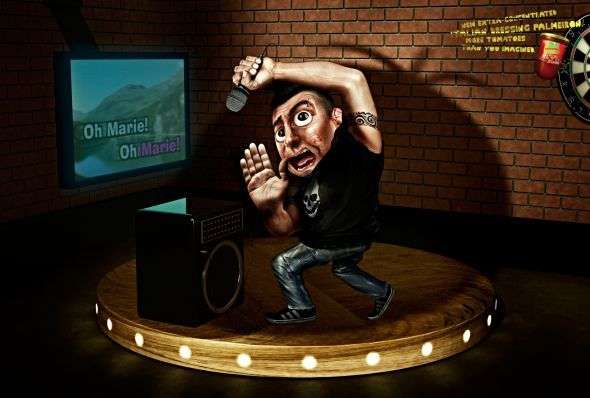 Amelia Roblin — August 29, 2011 — Marketing
References: arcosonline.br & adsoftheworld
Share on Facebook Share on Twitter Share on LinkedIn Share on Pinterest
More wicked than people walking out, having vegetables thrown at you onstage has got to be the worst sort of insult to musicians, actors and public speakers. In this Palmeiron Sauce campaign, these two unfortunate characters are threatened by this aggressive action on a rather grand scale.

While the animated prints do not picture the ripe red fruits, shadows of impossibly large tomatoes are cast over a lecturer and a karaoke singer. The two cower in understandable fear beneath the forbidding pelting food.

However, it isn't public speaking or performing instruction that this Palmeiron Sauce campaign promotes, but Italian dressing with "more tomatoes than you imagined." The Arcos Comunicação advertising agency of Recife, Brazil, opted for an indirect and amusing way to market a product cooked up for consumption.
1.5
Score
Popularity
Activity
Freshness
Jeremy Gutsche Keynote Speaker