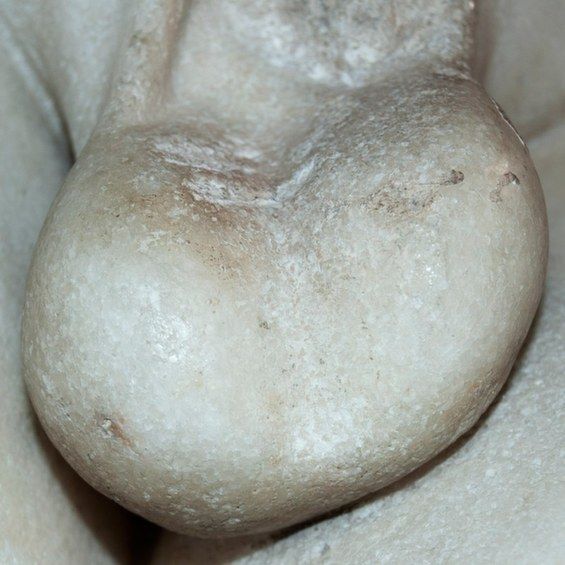 Meghan Young — April 29, 2014 — Naughty
References: ingridberthonmoine & beautifuldecay
Share on Facebook Share on Twitter Share on LinkedIn Share on Pinterest
Marbles by Ingrid Berthon-Moine, a French photographer working and living in London, United Kingdom, captures representations of ancient anatomy. Specifically, the testicles of ancient Greek statues. By zooming into the male sex organ as she does, it takes on a new meaning. The artistry behind each one, from the textured curves to the tender folds of skin, stand out. Yet their supposed softness is juxtaposed by the stone material they are carved out of.

Representative of sexual vigor and unfaltering power, Marbles by Ingrid Berthon-Moine shows that there is a different side to the symbol of genitalia. Beautiful Decay writes, "The artist was also inspired by the theory of the neuroscientist John Coates, who posited that the testosterone hormone played a role in the financial recession; these marble testicles hope to express both the powers and dangers that we assign to them."
3.2
Score
Popularity
Activity
Freshness
Access Advisory Services