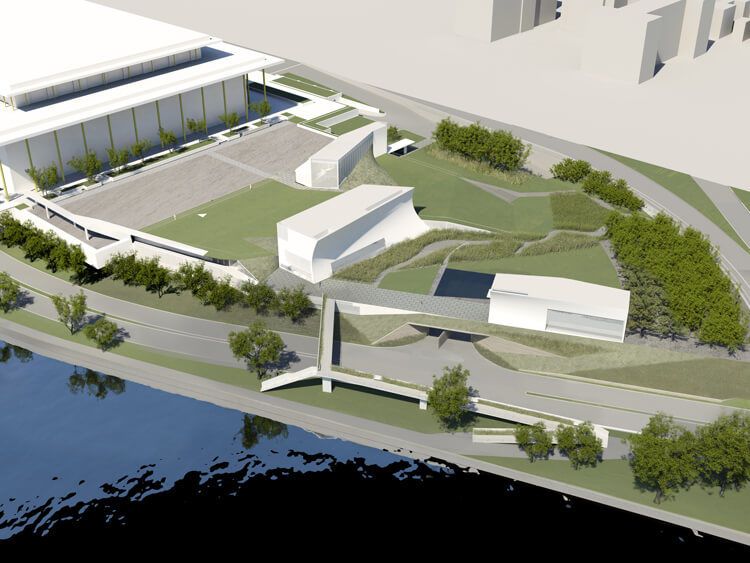 The Long-Awaited Kennedy Center Bridge has Now Been Approved

Joey Haar — July 26, 2016 — Art & Design
References: stevenholl & archinect
Share on Facebook Share on Twitter Share on LinkedIn Share on Pinterest
When the Kennedy Center in Washington DC was first built, Edward Durell Stone, the lead architect, envisioned a pedestrian bridge that would lead to the Potomac River. That was in 1959. Now, 57 years later, Stone's vision is coming to fruition.

Steven Holl Architects, a global architecture firm, has been approved to build the pedestrian bridge at the Kennedy Center as part of the Kennedy Center Expansion project. Not only will the bridge connect the center for the performing arts to the beautiful waterfront, it will also help to channel attendees toward the new cafes and shops that are opening up along the shore. The pedestrian bridge will also help to facilitate more outdoor art performances in the area, as it will be built with an exterior wall to allow projections, broadcasts, and simulcasts.
2.1
Score
Popularity
Activity
Freshness
Attend Future Festival