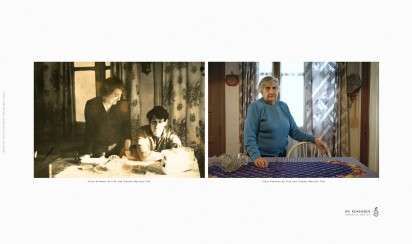 Meghan Young — June 22, 2012 — Marketing
References: loweandpartners & ibelieveinadv
Share on Facebook Share on Twitter Share on LinkedIn Share on Pinterest
The Amnesty International Uruguay campaign focuses on reliving past photos, a photography fad that cropped up a few months ago. Unlike the VMAN 'Back to the Future' editorial, this campaign is not as lighthearted. Instead, it acts as a sad reminder of all the loved ones that were persecuted, tortured and disappeared under the military dictatorships in Uruguay, Argentina and Chile.