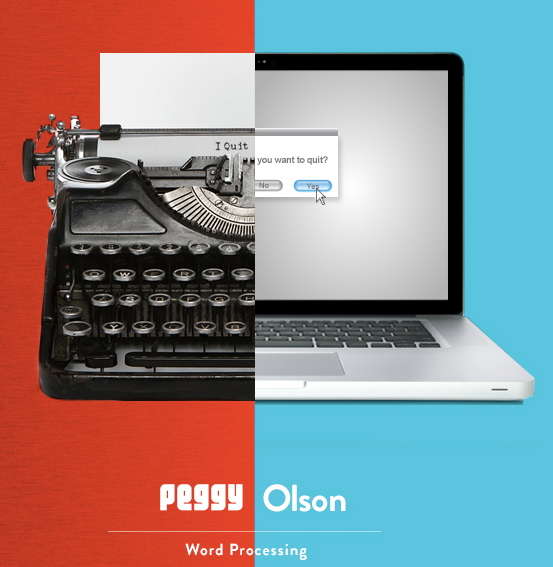 Jordy E — April 11, 2013 — Art & Design
References: shutterstock & mymodernmet
Share on Facebook Share on Twitter Share on LinkedIn Share on Pinterest
The World of Mad Men Through a 21st-Century Lens images provide updates to the characters of the Showtime series. While the episodes are set in the 1960s, the characters are reinterpreted here, assigning them the modern day tools that they would use if the episodes were set in the present day.

Among the characters referenced in this collection are Donald Draper, Peggy Olson, Betty Francis, Joan Harris and Roger Sterling. A series of topics related to the actors and actresses are in turn addressed, inclusive of office-based drinking, word processing, networking and cigarette smoke. These subjects have all been accorded with their current equivalents, seen in iPads, fruit smoothies and an assortment of references to Apple products.
0.9
Score
Popularity
Activity
Freshness
Get Trend Hunter Dashboard