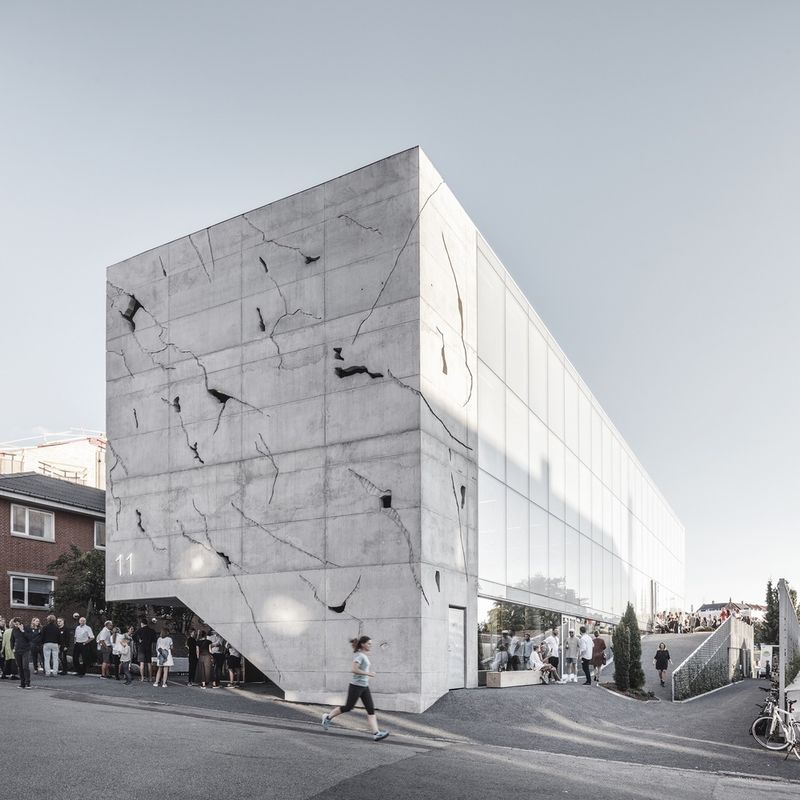 Joey Haar — November 28, 2016 — Art & Design
References: newsite.sleth.dk & archdaily
Share on Facebook Share on Twitter Share on LinkedIn Share on Pinterest
Sonnesgade 11, a new building designed by SLETH Architects, is part of the Danish city of Aarhus' effort to reinvent itself as a cultural hub. The mixed-use building certainly looks the part, with a fascinating concrete facade that has chasms in it to make it look like a gigantic slab of crumbling marble.

Historically, Aarhus has been a primarily industrial city. Godsbaden, the neighborhood in which Sonnesgade 11 is situated, was previously a freight terminal area, for example. In order to both attract more young residents and appease the youth already living in the city, the municipal authorities are working to create more lively cultural enclaves within the city.

Sonnesgade 11 will not be exclusively a cultural site, however. It is slated to hold office space as well as a restaurant.
1.9
Score
Popularity
Activity
Freshness
Attend Future Festival