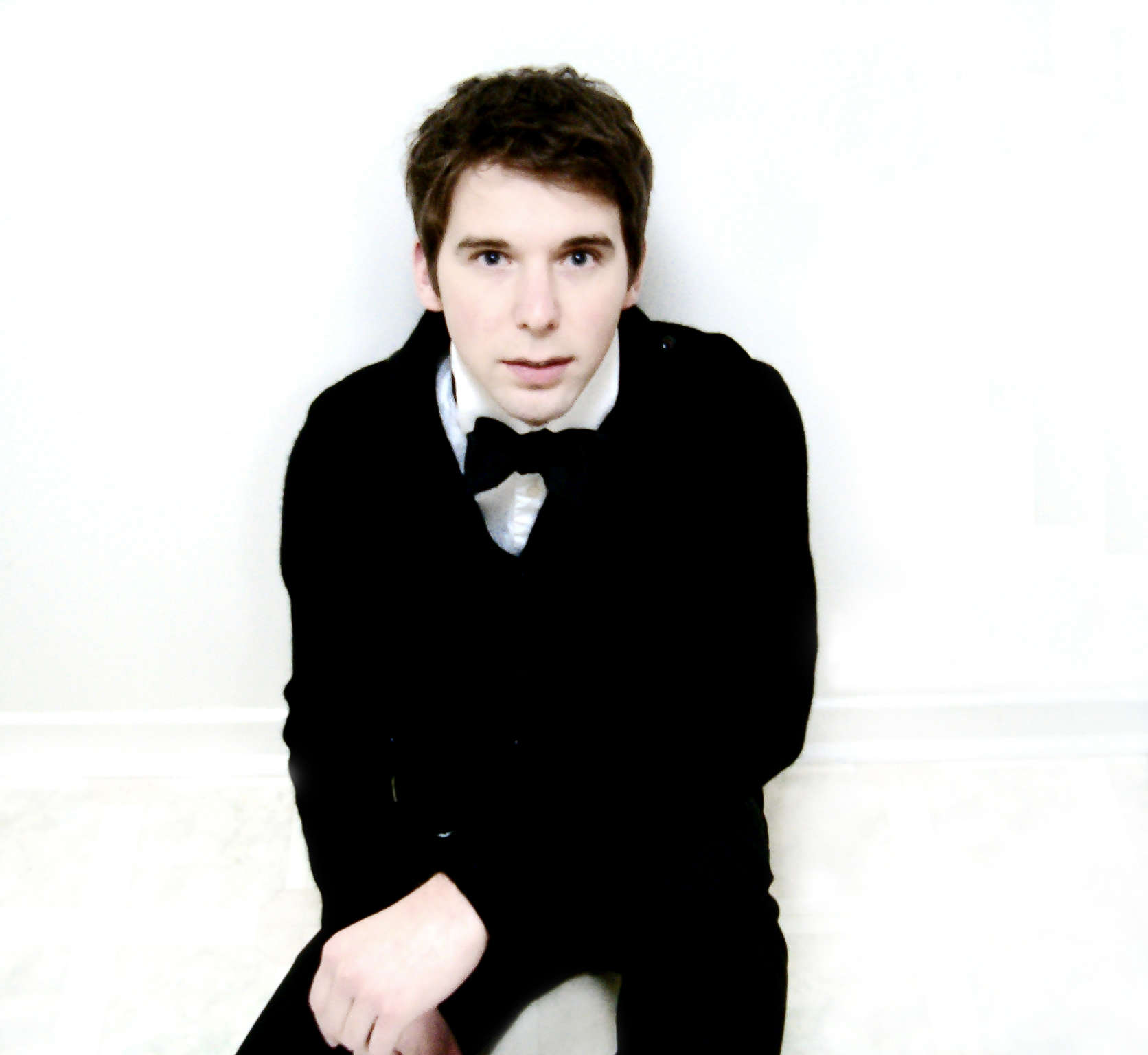 Filmmaker / Writer / Producer
Articles
667
Views
6,010,000
Location
Toronto, Canada
Member Since
Aug 2011
John Ibbitson was born in Toronto and has received numerous awards for his talents in the dramatic arts and extended media, specifically for film and video production.
Despite being dyslexic, John built a successful academic career at York University in Toronto, where he graduated in 2005 with a BFA.

John is an emerging filmmaker with a bulk of accomplishments under his belt. He has written, directed and solely produced four shorts: The View From Here (2010), Behind Closed Doors (2005), For My Father (2004), and Lost and Found (2002). His films have screened at several festivals throughout Canada and the US. After working with and observing professional crews, John is finally ready to develop his own voice as a emerging Canadian writer and director.
What is unique that's not in your bio?
I share the same name with a famous Canadian journalist. I guess if we have the same name it's not that unique.
What's your favorite accomplishment?
I'm really proud of the success that my latest film, The View From Here, has achieved. Last year, it won the Programmers' Excellence in Storytelling Award at the Birmingham Shout Film Festival of Alabama.
How do you define cool?
I would define it as a feeling of appreciation or desire for something that makes you happy. For me, those things are: friends, film, fashion, my job, and gummy candy,
What is your secret to uncovering trends?
Spending way too much time on the internet conducting searches for things that I would like to exist, and being delighted to find out that they already do.
What do you enjoy most about Trend Hunter?
I love reading about fashion trends and being ahead of the curve on discovering my own. I also like that the site gives me the opportunity to be a trendsetter.
What is your favorite trend?
Right now, my favorite trend is definitely androgynous and punk-inspired fashion pieces.
What are your tips for writing a juicy post?
The topic itself has to pique interest, so it helps if you have an eye for what's up and coming, but a punchy title, buzz words, and some good pictures also garner a lot of attention.
How do you reset to be creative?
I've never thought of it as resetting. I think I am innately a creative person who usually has several ideas on the go. I don't really think you can force creativity, it's something that comes naturally. That being said, being a keen observer of the people and environment around you may help inspire your imagination. I find my best ideas come to me at the most inconvenient times, like when I'm walking home from work. My advice: always keep a notepad on hand, then you can quickly jot down your thoughts when creativity strikes.
What inspires or excites you?
Change! (Especially of the social kind.)
Predict something awesome for 2020?
Awesomeness would be a world with less hate, discrimination, and poverty. It's up to the current generation to make this a trend for future ones to follow and improve upon.

Environmentally-Conscious Beauty Products
Zorah biocosmétiques Give a Younger Look Ecologically
Made with organic Argan oil as a base ingredient—an ingredient that helps fight desertification in Morocco by being sourced from the fruit of a UNESCO-protected tree—and other organic... MORE

Cosmetic-Inspired Footwear
TKEES Sandals are Like Makeup for the Feet
Inspired by her love of walking barefoot in mind, designer Carly Burnett of TKEES footwear wanted to make a thong sandal that was comfortable enough to mimic this feeling, while taking an “easy,... MORE

Foxy Outerwear Apparel
Fjällräven Helps You Brave the Cold While Looking Fashionable
Originally introduced in 1960 as an innovative brand of expedition-style backpacks that lightened equipment loads for mountain voyagers, the Swedish-born brand Fjällräven has evolved over the... MORE

Naughty Noel Knitwear
The Ugly Christmas Sweater Shop Makes Holiday Style Jolly Good
There was a time when a family member or friend would show up to a festive gathering wearing an ugly Christmas sweater and people at the party would laugh for all the wrong reasons. But, the folks... MORE

Clay-Clad Underwear Campaigns
Modus Vivendi’s Safari Line is for the Truly Adventurous
Adding to its daring collections of men’s intimates, online boutique Modus Vivendi introduces a new range of exotic, animal-printed apparel with the launch of the brand’s Safari Line. The... MORE

Chevron-Chic Swimwear Lookbooks
The Charlie By MZ Resort 2014 Line is Available for Presale
It may only be early October, but resort-bound fashionistos looking for eye-catching swimwear to wear alongside their coconut oil at the pool deck this vacation season will surely take comfort in... MORE

Mythology-Inspired Footwear
These Ancient Greek Sandals Will Make a Demigod Out of You
Made from the tellings of Greek myth, comes a new line of sandals inspired by Greek demigods: Ancient Greek Sandals. The wide range of sophisticated footwear for men, women and children is inspired... MORE

Superstar Studded Snapbacks
Embellished Caps from PrettyLittleThing.com Have A-Lister Appeal
Embellished caps are proving to be more than just a passing fad; countless pop stars and fashion personalities have been spotted embracing the edgy, punk stylings of a fiercely studded snapback when... MORE

Fossilized Swimwear Collections
The ‘Prey’ Line from Vanwolff is Worth the Hunt
The new ‘Prey’ line from Vanwolff, a newly established swimwear label from award-winning designer Andrew Maxin, not only showcases the beauty of the male form, but also celebrates the... MORE

Sophisticated London Lookbooks
Jigsaw is the New Fast-Fashion Retailer in Town
Jigsaw is a UK-based, fast-fashion retailer that offers contemporary takes on classic British styles for women, men and children. Accessories and apparel from the label have an air of sophistication... MORE

Charitable Holiday Pullovers (UPDATE)
Tipsy Elves Ugly Christmas Sweaters Give Back
Perhaps there is no better way to combine getting all bundled up in a festive sweater, coming together with family and friends, and spreading some holiday cheer than with a seasonal, novelty knit... MORE

Empowering Customized Workout Websites
Health Specific Helps You Reach Your Goals for Little Cost
Health Specific isn’t just another fitness website; it’s actually an online resource that does more than just give its readers information on how to burn fat and gain muscle, but also teaches... MORE

Store-Exploring Model Videos
Sebastian Sauvé Peruses His Own Campaign at the Benetton Shop
In this hip video made by top male model Sebastian Sauvé, the fashion icon takes his fans to the United Colors of Benetton store in London’s Oxford Circus to join him as he sees his completed... MORE

Song Speaking Parodies
Wassabi Productions Uses Music Lyrics in Real Life
The crew behind ‘Wassabi Productions’ knows a thing or two about how to reach Internet fame; the company is made up of two young men, Alex and Roi, who started the very successful... MORE

Patriotic Greek Underwear Campaigns
Modus Vivendi Mixes Briefs and Culture in its New Collection
Perhaps no other men’s underwear retailer has become known for its outrageous and sexy styles as quickly as online shop Modus Vivendi. Now, fans of the brand have even more (or less) to get... MORE

Chromatic 80s-Inspired Pouches
Fanny Pack Attack Puts the Fun Back into Functional
With so many fashion revisits to the 80s and early 90s occurring over the last year, it almost seems strange that no other store than online retailer Fanny Pack Attack came up with the ingenious... MORE

Candy-Striped Knitted Toques
Zaini Hats Will Keep Your Head Warm While Making It Look Oh-So-Cool
These covetable and comfy, candy-striped toques made by online retailer Zaini provide the perfect way to conceal that messy bed head and still look effortlessly chic while doing it. Forget about the... MORE

Model Perspective Blogs
Sebastian Sauvè Presents the World of Fashion Through His Eyes
Many already know superstar, fashion icon Sebastian Sauvè for his countless campaigns, editorials and runway appearances, but what you may not know about this industry favorite, is that he has also... MORE

Daring Denim Drawers
Modus Vivendi Re-Imagines Designer Jeans with the Hephaestus Collection
Modus Vivendi expands its Greek mythology-inspired line of sexy men’s intimates and showy skivvies with the addition of the new Hephaestus collection. The line was crafted as a tribute to the... MORE

Singular Pajama Playsuits
Onepiece Makes Chilling an Ultra Urban Pastime
Jump into one of these ultra hip and comfy jumpers from Norwegian company OnePiece, and give the expression of “slipping into something more comfortable” a whole new meaning. These colorful,... MORE

Blade Runner-Inspired Styles
Brent Chua Shoots Some Futuristic Looks for the Fashionisto
Some sketchy-looking warehouse exteriors provided for the perfect setting for Brent Chua to photograph model Chris Petersen in this eerie editorial exclusive for The Fashionisto. The steamy series features… MORE

Fantastical Flying Figurines
The Flitter Fairies Will Make You Believe in Magic
Every little princess needs to have magical fairytale friends at her side when embarking on new adventures and flights of fancy, so who’d be better to accompany you on these escapades than some Flitter… MORE

Two-Dimensional Light Fixtures
The Symbol Lamp from HANCZAR Will Brighten Your Mood
Featuring a minimalist and modern design, these adorable little Symbol lamps are available for purchase on online furniture design boutique HANCZAR. With a wooden frame crafted to look like a two-dimensional… MORE

Shell-Containing Journals
These Odelae Notebooks Belong on the Shoreline
Perhaps one of the most beautiful and intricate stationery objects you’ve ever seen, this nature-inspire clam shell journal from Etsy boutique Odelae would also look perfect as a wonderful piece of home… MORE

Retro Tech Cushions
The Floppy Disk Pillow is a Comfy Tribute to the Past
Retro technology makes an adorable comeback with this cute, fluffy Deluxe Floppy Disk Pillow by mymimi. Perfect for snuggling up with on a dark and dreary day, this floppy friend is sure to brighten up… MORE

Novelty Neck Chains
Burger & Fries Turns Your Childhood into an Accessory
Burger & Fries is a vintage clothing boutique on the ASOS Marketplace that specializes in reclaimed and repurposed vintage pieces. Some of their best selection, however, is found in their accessory section… MORE

Animalistic Alphabet Typography
Casey Girard Designs Letters in Cute Critter Form
These too-cute illustrations by designer Casey Girard feature all the letters of the alphabet in the form of animal bodies whose names start with the letter that they are representing. Casey creates her… MORE

Couture Cleansing Blotters
CHANEL's LE COTON Cosmetic Pads Make Wash Time Luxurious
No fashionista should be without these beautiful, new LE COTON cosmetic pads from CHANEL. The cotton blotters are made from the premium grade materials and come with the CHANEL insignia imprinted on the… MORE