Speedy Can Coolers
Next
Set of
Related
Ideas 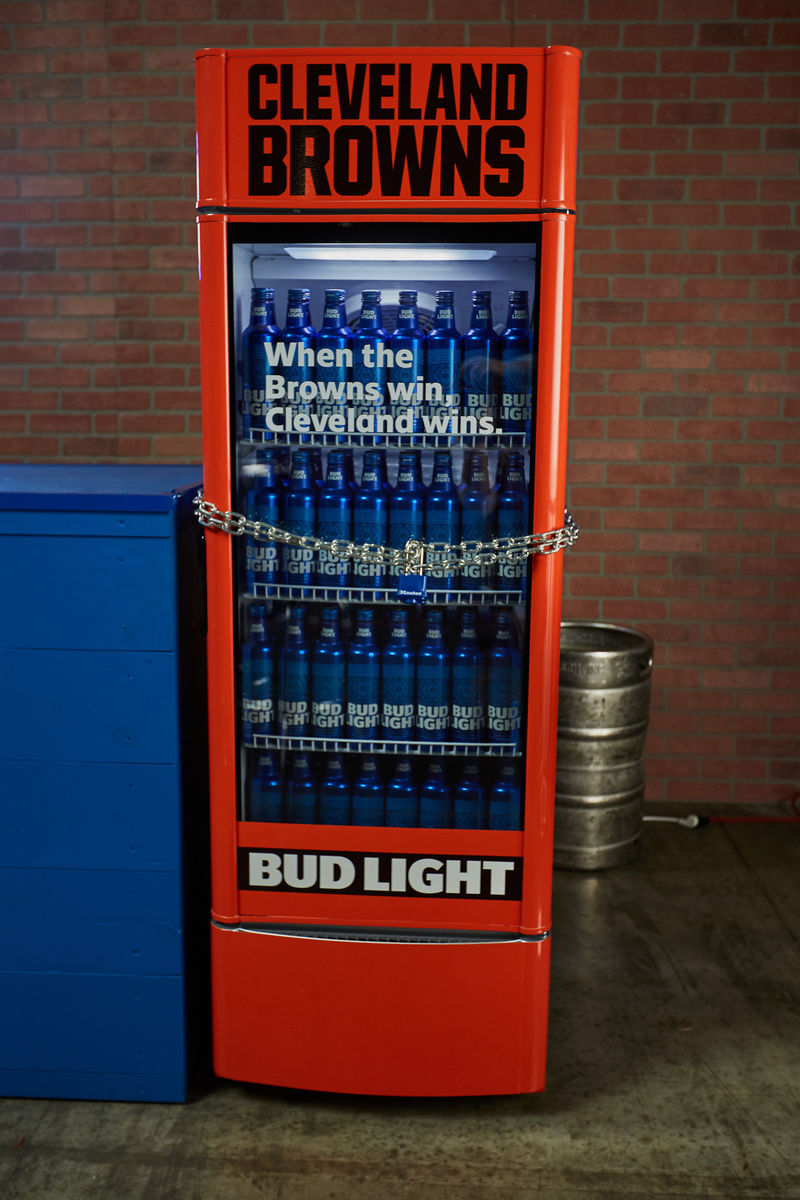 Ordinarily, the beer fridge is locked and can only be opened by the Browns winning its first regular-season victory of this year's NFL season. As such, the Victory Fridges are powered by Bud-E Fridge smart technology and are designed to simultaneously open and invite those of legal drinking age to come together over a beer. Despite the fact that these fridges will be set up across many different points, fans will ultimately be coming together, no matter where they are, to share a moment of celebration.

In addition to appearing in bars, the fridges may also be found at Cleveland's FirstEnergy Stadium.
6.3
Score
Popularity
Activity
Freshness