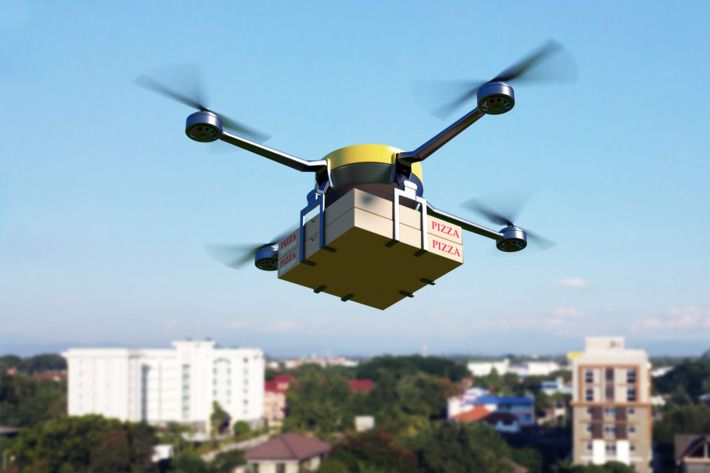 Justin Lam — May 14, 2018 — Lifestyle
References: wetalkuav & grubstreet
Share on Facebook Share on Twitter Share on LinkedIn Share on Pinterest
Up until now, drone-delivered food has been reserved for publicity stunts, but the latest UberEats drone program will see the effective use of drones in the food delivery industry. Begining in San Deigo, the new test initiative is expected to make deliveries in five minutes, which is considerably faster than the average 30 minutes of human deliverers. The announcement of the UberEats drone program was made by CEO Dara Khosrowshahi during the 2018 Uber Elevate Dummit.

This new UberEats drone program is just part of a new commercial test program following the federal government's approval for multiple delivery giants. Other delivery companies that recently received approval include Uber, Alphabet, Intel, FedEx and Qualcomm. The drone service is currently being run as a test, but UberEats has stated that it has no intention of replacing human deliveries yet.