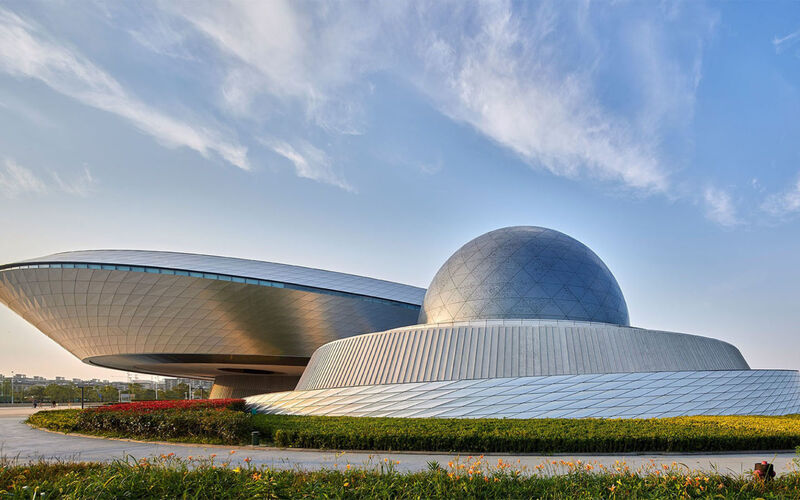 The Shanghai Astronomy Museum is the Largest in the World

Elena Rahman — July 13, 2021 — Art & Design
References: archinect
Share on Facebook Share on Twitter Share on LinkedIn Share on Pinterest
Ennead designed the Shanghai Astronomy Museum to be the world's largest museum of its kind. Featuring an interstellar design, the cosmic space brings the stars closer to the earth. Following its five-year construction process, the Shanghai Astronomy Museum finally opens its doors this week.

New York-based firm designed and developed the 420,000-square-feet building into an interstellar experience. The building includes a planetarium, an IMAX theater, exhibition spaces, and a 78-foot-tall solar telescope used exclusively at the research center and the largest of its kind. In addition to its amenities, the curvilinear structure of the museum is meant to emulate the orbit of the planets in our solar system. Design Partner Thomas Wong explains they want "people to understand the special nature of the Earth as a place that hosts life."