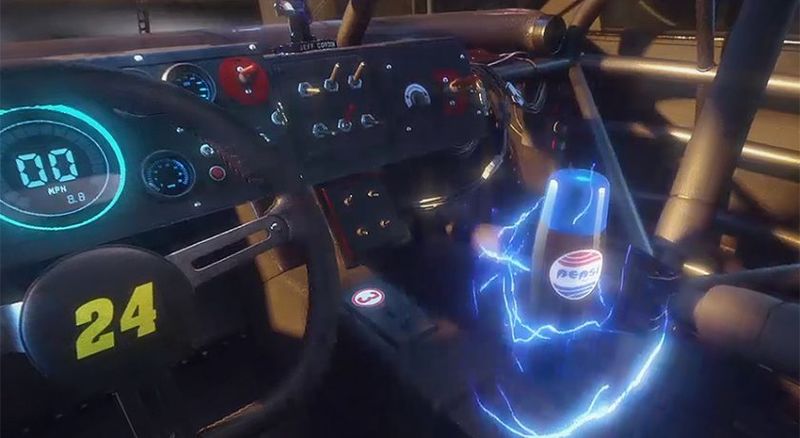 Justin Lam — February 5, 2018 — Marketing
References: adweek
The Pepsi VR campaign looks to place viewers inside two iconic Pepsi Super Bowl ads. The featured commercials in the VR experience will include Cindy Crawford's iconic 1992 ad and Jeff Gordon's 1998 race track commercial. While viewers will not be able to see the original ads in VR, they will be able to visit the iconic sets through the VR headset. This VR experience will be set up by Pepsi in a pop-up location near the US Bank Stadium in Minneapolis. Fans can also experience the VR campaign at home with the use of a VR headset. This ad does further the nostalgia-driven campaign Pepsi seems to be running at Super Bowl LII.

This Pepsi campaign is being done in partnership with Google Zoo. Google Zoo is the creative think tank of the technological innovator, and seeks to help brands think more creatively by using Google platforms and technology. This partnership between the brands is quite beneficial for both, as Pepsi will have access to innovative marketing and Google Zoo will gain more data on the use of VR for marketing experiences.
5.5
Score
Popularity
Activity
Freshness