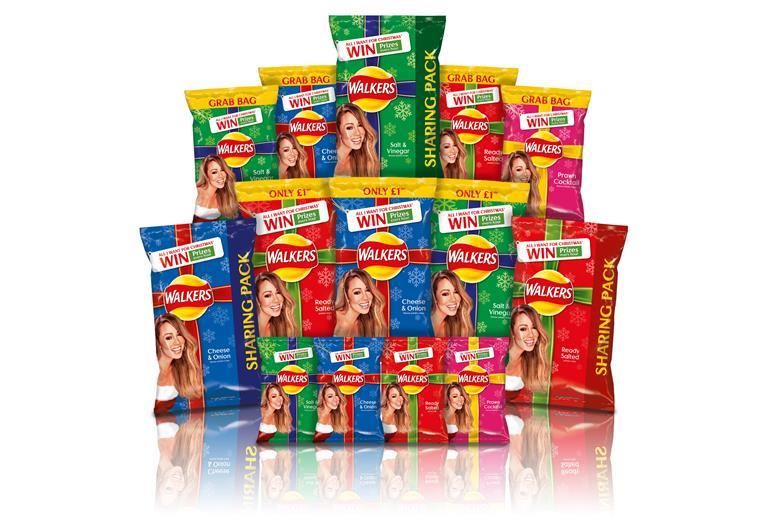 Michael Hemsworth — October 25, 2019 — Marketing
References: walkers & conveniencestore
Share on Facebook Share on Twitter Share on LinkedIn Share on Pinterest
The new Walkers Christmas on-pack promotion has been unveiled by the brand in the UK with a familiar celebrity face to help encourage consumers to pick up a snack for a chance to win great prizes. The campaign stars singer Mariah Carey and, in addition to being front and center on the snack packaging, will also be the focal point of a new TV ad that will being airing in November.

The Walkers Christmas on-pack promotion will give consumers a chance to win a range of products including designer headphones, video game consoles, festive socks and even cash.

Walkers Head of Marketing at PepsiCo Wayne Newton commented on the new promotion saying, "The festive season is the biggest sales opportunity of the year, particularly for the savoury snacks category, worth £645m and growing at 6.5% year on year (Nielsen, Salty category, Total UK sales, w/e 05.01.19, Excluding ROI). The new on-pack promotion will help retailers cut-through during the largest sales period of the year and will attract shoppers with over 3,500 must-have prizes up for grabs, from a brand they can trust.”
3.1
Score
Popularity
Activity
Freshness
Get Trend Hunter Dashboard