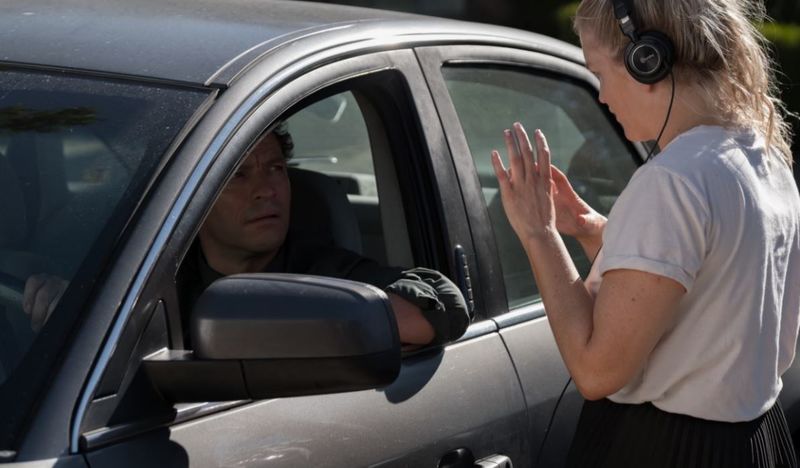 Giving Aspiring Filmmakers the Opportunity of a Lifetime

Courtney Scharf — November 9, 2017 — Pop Culture
References: youtube & jamesonfirstshot
Share on Facebook Share on Twitter Share on LinkedIn Share on Pinterest
This month, I had the chance to be a part of the Jameson First Shot Weekender, an incredible event celebrating undiscovered talent in the film industry, giving newcomers an unparalleled opportunity to work with the best of the best in production and talent. The weekend was an incredible celebration of film and the three winners of the competition. We stayed at the glamorous Dream Hollywood, dined at the famous Yamashiro in the Hollywood hills, and even went on a helicopter tour of LA throughout the course of the three days.

With over 2000 submissions this year, the Jameson First Shot team, which this year included producer Dana Brunetti and actor Dominic West, had no easy task on their hands when it came to narrowing the competition down to three standout screenplays they would help bring to life. After seeing the three short films and meeting the winners, Alice Cogin of Australia, Ollie Wolf of England, and fellow Canadian Jason Manella, it was no surprise to me that they’d been recognized for their vision.

Each of the short films starred Dominic West, of The Affair and The Wire, whose enthusiasm for the project was fueled by the chance to give back to those looking to break into the film and entertainment industry. He also touched on how the industry can benefit from emerging talent, mentioning that “the film industry, like any creative industry, is in danger of getting too sucked into the same people, so it’s great to have fresh blood.” West sees the future of filmmaking and entertainment as something that is hopefully more democratic, and appreciates that Jameson First Shot works toward that end.

Of their experience with Jameson First Shot, other than immense appreciation for the opportunity, the winners mentioned what a rich learning opportunity it had been. “I think it's about allowing yourself to be in control without being a control freak,” said Cogin, mentioning that she had to fight her urge to influence the on-set dynamics of some of the actors, a choice that ended up benefiting the end product.

In terms of their creative process, the winners all had different approaches. Wolf mentioned that he looks to exercise like yoga and running to clear his head, Cogin turns to meditation, while Manella has less of a specific approach and instead seeks to make a habit out of writing on an ongoing basis. Whatever their creative process may be, it’s clear that it’s working for them, as evidenced by their clever, innovative and fresh takes on storytelling.
7.2
Score
Popularity
Activity
Freshness
Jeremy Gutsche Keynote Speaker