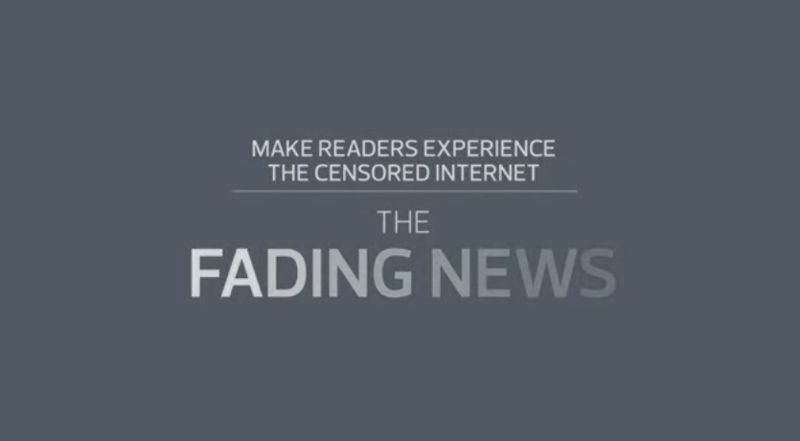 Laura McQuarrie — July 11, 2014 — Marketing
References: Radikal.tr & creativecriminals
Turkish newspaper Radikal put together a brilliant campaign to simulate Internet censorship, specifically what it would be like if a new Internet law was passed that would allow the Turkish government to erase any content within four hours, without the need for a court order.

On its own website, Radikal's news stories began to fade away over the course of four hours and after that time, were deleted completely and replaced with a message about the campaign. Hundreds of news stories disappeared from the site, showing what damage could be done if the new law ended up being passed.

Within just an hour, the campaign began trending online and started a social movement that sparked interest in the issue of Internet censorship in Turkey. As a result, this campaign for Radikal by Istanbul's TWBA agency became a Gold Winner at Cannes Lion 2014.
4.5
Score
Popularity
Activity
Freshness