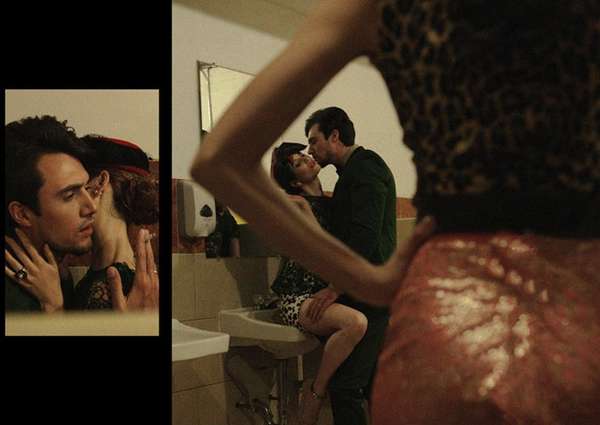 In God We Trust by Nican Robinson Features Forbidden Affairs

Meghan Young — January 22, 2013 — Naughty
References: nicanrobinsonrbonmade & fashionising
With Barack Obama's second-term inauguration over and done with, those who want to fill in the gap with something just as presidential may want to take a gander at the In God We Trust: The Making of a Presidential Candidate photo series. Controversial to say the least, it depicts candidates in seedy situations, from steamy trysts in rundown washrooms to snorting cocaine and more.

The In God We Trust: The Making of a Presidential Candidate series was shot by photographer Nican J. Robinson. Starring REDnyc models, the photoshoot was styled by Samantha Swade. Prim and proper for all of the forbidden affairs, the series depicts "a story about aspiration, betrayal and debates kept behind closed doors," as written on Fashionising.
4.3
Score
Popularity
Activity
Freshness