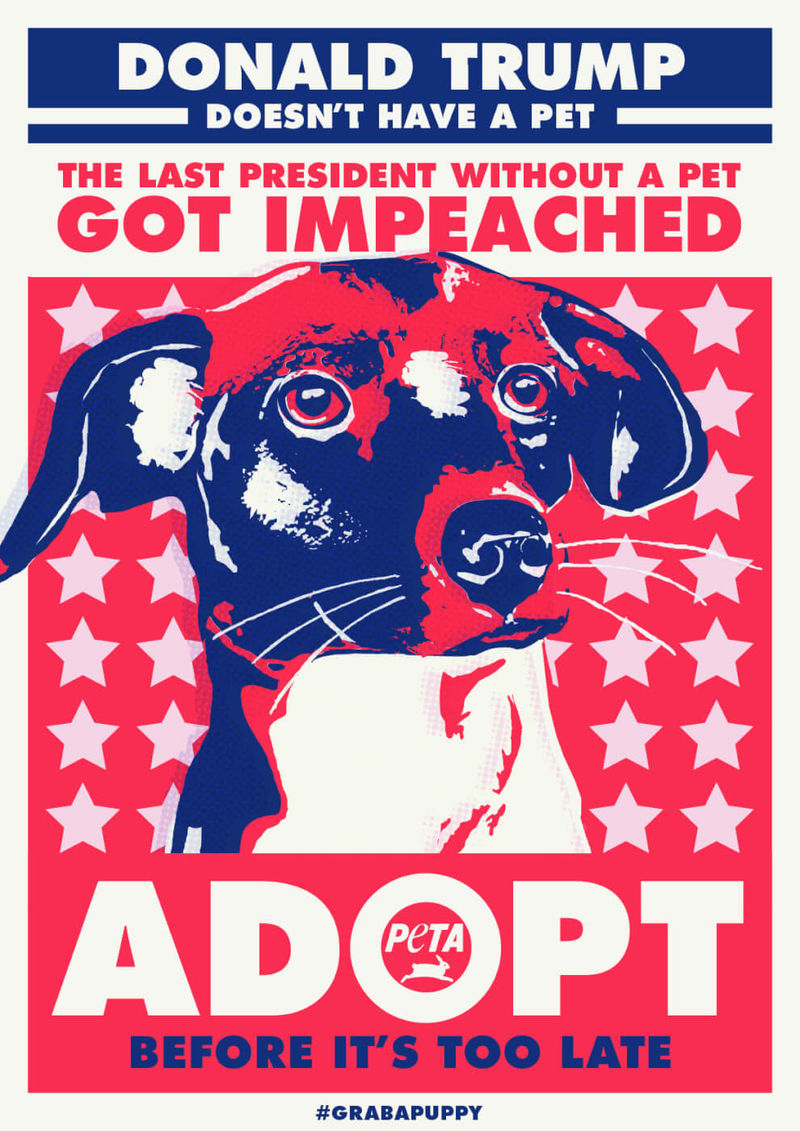 This PETA Ad Aims to Spark a Dialogue Through Trump's Presidency

The campaign, dubbed #GrabAPuppy, spotlights the fact that President Trump does not have a pet. It compares him to former president Andrew Johnson, who also didn't have a pet while in the White House, and was later impeached. Through this comparison, PETA urges Trump to adopt so that another pet in need has a home, and urges Americans, no matter their political affiliation, to do the same. As PETA President Ingrid Newkirk states, "Dogs don’t care if you’re a Republican, a Democrat, or neither—they just want a good home."

The ad, created for PETA by The Community, aims to bridge the gap between politically distant Americans and inspire them to invite a furry companion into their homes.
5.5
Score
Popularity
Activity
Freshness
Access Advisory Services