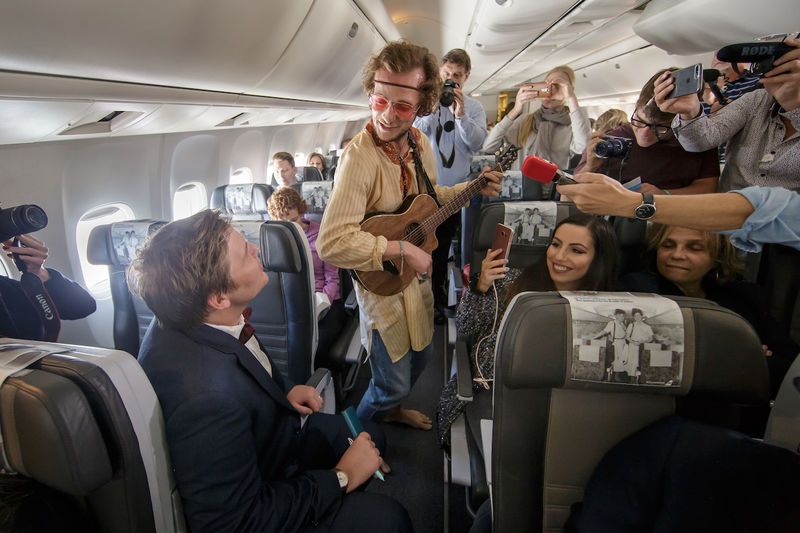 With the Icelandair Stopover Pass, passengers are able to become immersed in a taste of Iceland's vibrant arts and culture at no extra cost, as part of an 11-hour, three-act theatre performance that unfolds right on one's flight. The 'Ahead of Time' performance was directed by Gideon Reeling and takes cues from the airline's history, philosophy and most notably, its role in empowering women over the course of its 80-year history. Recently, the performance was staged on a flight from London's Heathrow airport to New York’s JFK via Iceland.

As well as launching the Stopover Pass, Icelandair also introduced Stopover Buddies to help those who book an Icelandair stopover in Iceland learn more about what the island nation has to offer.
3.6
Score
Popularity
Activity
Freshness
Get Trend Hunter Dashboard