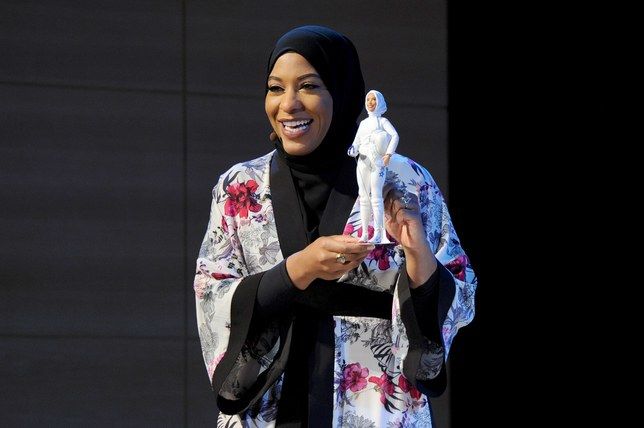 Mattel's Newest 'Sheroes' Barbie Will Be Based on Olympian Ibtihaj Muhammad

Joey Haar — November 15, 2017 — Life-Stages
References: barbie.mattel & glamour
Share on Facebook Share on Twitter Share on LinkedIn Share on Pinterest
Barbie's 'Sheroes' collection is a set of Barbie dolls fashioned after real women who inspire girls around the world, and the latest addition to the Sheroes roster is Ibtihaj Muhammad, the Olympic fencer who made history as the first member of the US Olympic team to compete while wearing a hijab. Not only has Muhammad made history as an Olympian, but her Sheroes Barbie will also be the first Barbie doll to wear a hijab.

The Ibtihaj Muhammad doll will be dressed in the fencer's competition wear, complete with the all-white outfit, an epee in her right hand, and the fencing mask under her arm. Rather than wearing the mask, the doll's head will be exposed to show off the hijab that was worn throughout Muhammad's Olympic trials and competitions.
6.8
Score
Popularity
Activity
Freshness
Access Advisory Services