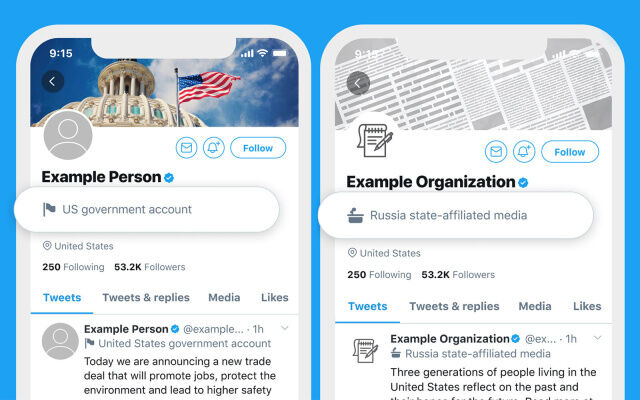 Daniel Johnson — August 11, 2020 — Social Media
References: blog.twitter & engadget
Share on Facebook Share on Twitter Share on LinkedIn Share on Pinterest
Twitter will be adding a new label for both state-owned media and government-run accounts. The new label will be added to both the profiles of government-run accounts and the tweets that they put out. The label will be initially added to officials' accounts form the United States, the United Kingdom, Russia, Chiana, and France. However, the platform indicated that the label will be added to officials from other regions in the future.

The labels will ensure that users on Twitter are aware of the source of posts, which can help prevent bias. The platform also outlined what would be considered sate run media, “outlets where the state exercises control over editorial content through financial resources, direct or indirect political pressures, and/or control over production and distribution.”