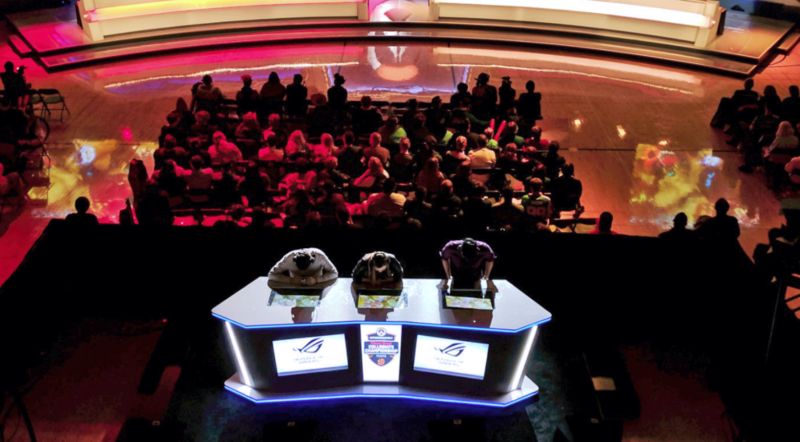 Justin Lam — February 23, 2018 — Tech
References: engadget
Share on Facebook Share on Twitter Share on LinkedIn Share on Pinterest
College esports is set to explode in popularity thanks to the Fiesta Bowl tournament. The tournament was held at Arizona State University's Sun Devil Fitness Complex and the space was outfitted with a stage, 12 gaming PCs, two massive screens, dozens of lights and cameras and a raised commentator desk. The Fiesta Bowl hosted gamers competing in the popular FPS Overwatch, with the four finalists UC Berkeley, UC Irvine, UC San Diego and the University of Toronto all competing for a collegiate title.

The Fiesta Bowl was the first collegiate esports tournament of this size and based on the massive amount of attendees other universities are starting to take notice. More academic establishments are beginning to offer scholarships for competitive gaming, and the National Association of Collegiate Esports has even recognized 60 similar programs. Continued events like the Fiesta Bowl really push the legitimacy of esports and is now poised to be the premiere college tournament of its kind.