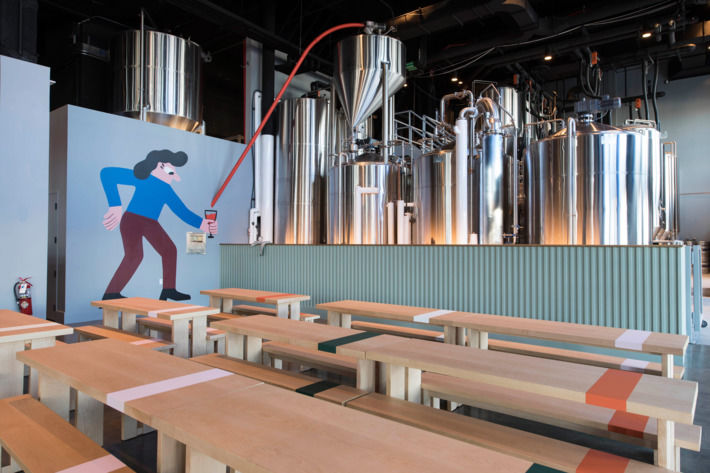 Mikkeller's Citi Field Brewery Is Open Outside the Iconic Stadium

Justin Lam — March 30, 2018 — Lifestyle
References: amazinavenue & grubstreet
Share on Facebook Share on Twitter Share on LinkedIn Share on Pinterest
New York beer fans now have another thing to get excited about as Mikkeller has recently opened its Citi Field Brewery just outside the iconic baseball park. This is the first east coast location for the Denmark-based brewing company, who has made quite a name for itself as a brewer of amazing Imperial Stouts and New England-style IPAs that were not afraid to push the boundaries of flavor. This expansion to the east coast will allow Mikkeller the opportunity to use the site as a test ground for new expressions and the chance to import product previously unsold in the east coast market.

The space inside the Citi Field Brewery is absolutely massive, coming in at 10,000 square feet, and is sure to easily seat eager fans leaving the ball park. While beer is the main focus of the brewery, there will also be food from Claus Meyer’s Great Northern Food Hall, Korean fried-chicken from Unidentified Flying Chickens, Pat LaFrieda's meat man and local burger chain Whitmans.