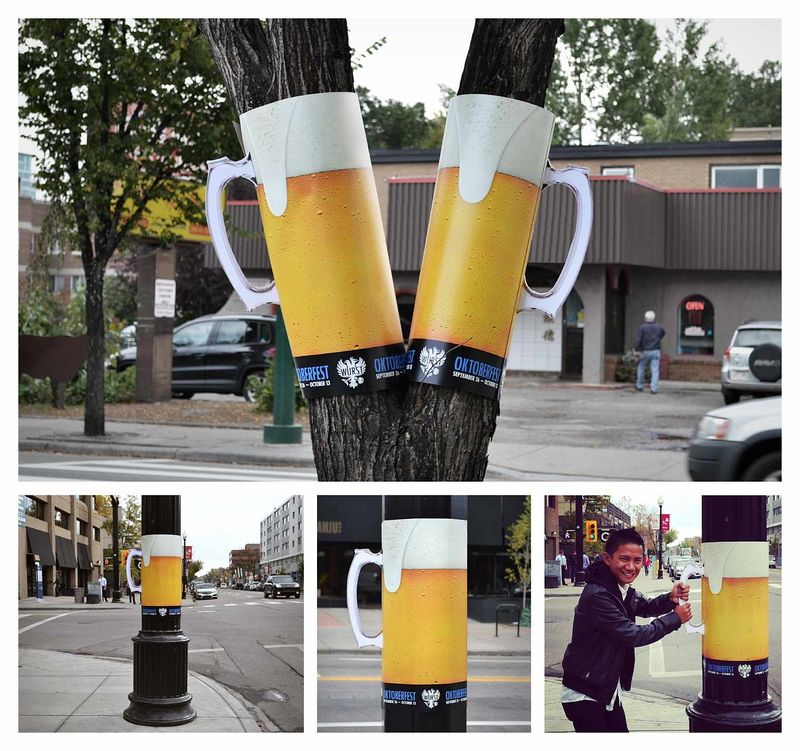 This Clever Beer Advertisement Makes Use Public Trees and Poles

Laura McQuarrie — October 11, 2014 — Marketing
References: thewurstoktoberfest & adsoftheworld
This creative beer advertisement for WURST Oktoberfest in Calgary makes use of paper, trees, poles or anything else cylindrical in form that can be used to form a giant beer stein.

Once wrapped around a tree or a post, it looks as though there is a giant beer can hanging out in public. To make the steins look as convincing as possible, a handle has also been included, and because it sticks out, this is practically asking people to pose and take a picture with the giant beer signs. Around the bottom of the beer ads is a small note date that notes when Oktoberfest is happening in Calgary, which has got to be way more effective than putting up a boring paper flyer with the same details.
5.3
Score
Popularity
Activity
Freshness