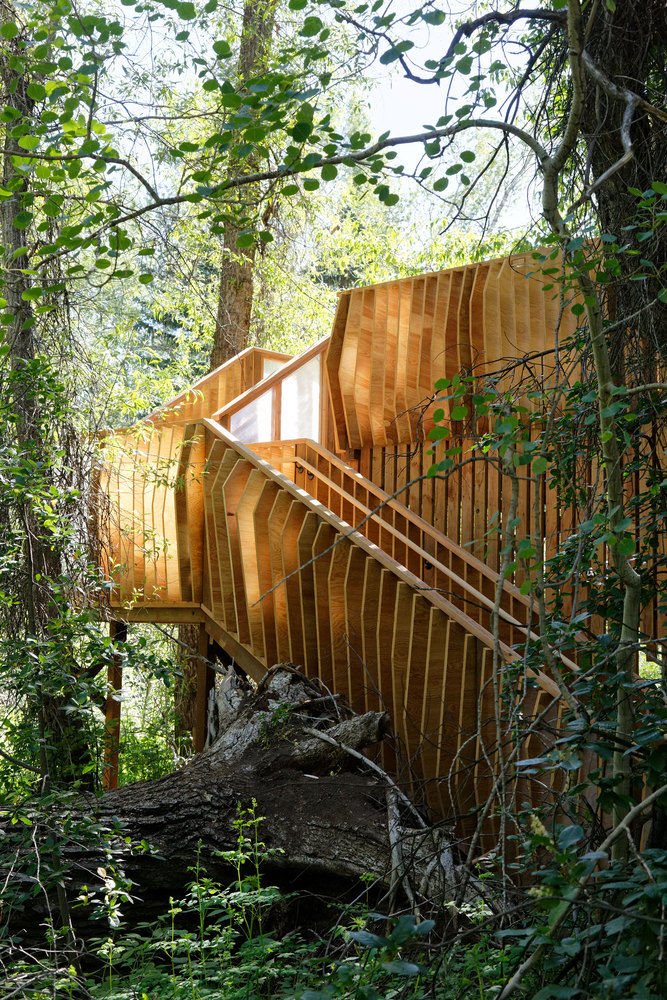 'ACES Treehouse' Serves as a Viewpoint for Flora and Fauna

Joey Haar — January 26, 2018 — Art & Design
References: archdaily
The ACES Treehouse is a pro bono project from Charles Cunniffe Architects, who created the elegant design for the Buddy Program, a kids mentorship program in Aspen, Colorado. The treehouse is being used in conjunction with the Aspen Center for Environmental Studies (better known as ACES (hence the treehouse's name)).

The goal behind the ACES Treehouse was to create multiple levels for enjoying and learning about the forest's surrounding ecology. On the ground level, students can get up close to the various flora that grow in the forested area. Climbing the stairs that ascend to the top level, students can then get a better vantage point to observe the various fauna from the region, including deer, foxes, bears, great horned owls, red-tailed hawks, and even a golden eagle that lives in the surrounding area.
5.8
Score
Popularity
Activity
Freshness