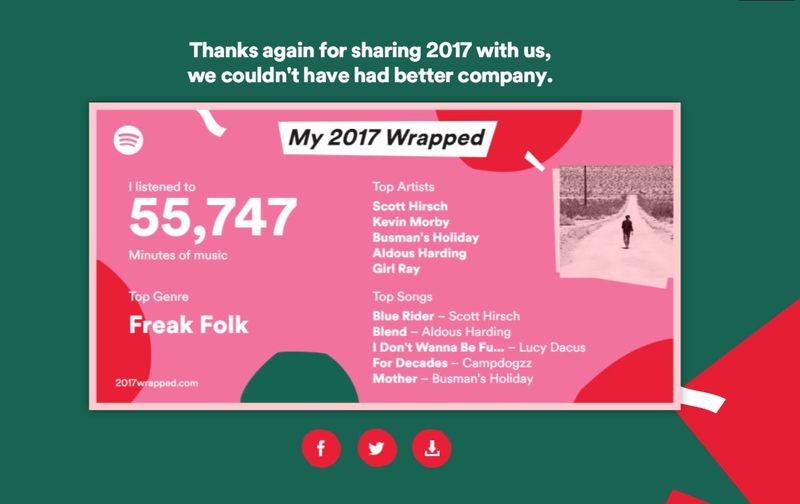 Joey Haar — December 5, 2017 — Pop Culture
References: 2017wrapped & engadget
With 2017 coming to a close, it's time for people to reflect on the year that was, and Spotify is helping people to listen back to their year of music with the newly released 'Your 2017 Wrapped' playlist. The algorithmically created playlists give Spotify users personal playlists that contain both their favorite, most listened to songs and artists of the past year and some of the most popular songs that they might have missed.

AI-generated playlists are standard fare for Spotify, with the service's weekly 'Discover Weekly' and 'Release Radar' playlists being much lauded by the listeners on the service. A fun addition for the Your 2017 Wrapped playlists is a browser-based analytics breakdown that shows users how many minutes of music they listened to, which genres they frequented most, and even a fun game that tests how aware users are of the music they listened to.
6.8
Score
Popularity
Activity
Freshness