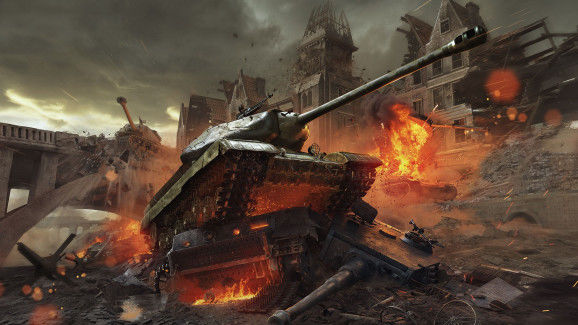 Justin Lam — January 24, 2018 — Tech
References: vrfocus & venturebeat
Share on Facebook Share on Twitter Share on LinkedIn Share on Pinterest
World of Tanks VR is finally a reality, thanks to a partnership between Wargaming and VRTech. Wargaming's World of Tanks is already an established multiplayer game with 140 million players around the world, and the addition of VR has been something fans have wanted for some time. The VR version of the game will be developed by a new venture for Wargaming and VRTech and will be called Neurogaming. Both companies hope that this new venture will allow for a more affordable VR experience and a significant enhancement to an already great game.

With the creation of Neurogaming, Wargaming and VRTech are looking to not only add VR to World of Tanks, but hope to introduce location-based VR as well. Location-based virtual reality essentially allows for total immersion as a player occupies an entire space that becomes playable through VR. This implementation on the game would be amazing, as players could actively interact with their vehicles in a realistic space and in a fairly realistic way. While these is not an official release date on World of Tanks VR, both companies are excited to see what Neurogaming can push out.
1.2
Score
Popularity
Activity
Freshness
View Innovation Webinars