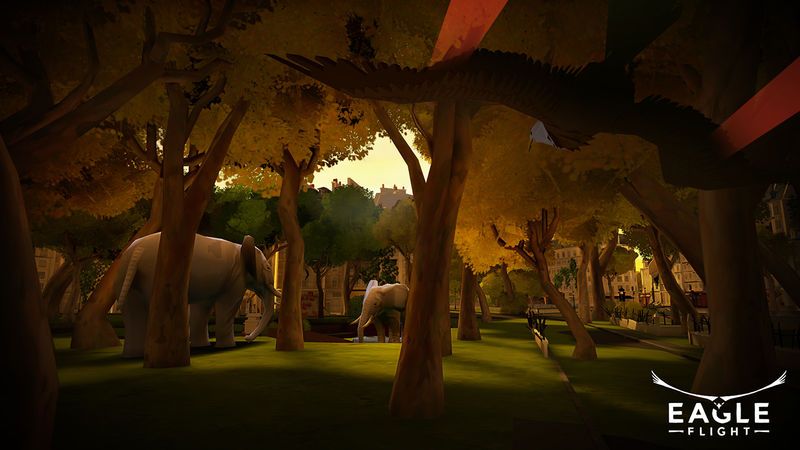 Users Soar Through the Air Like a Bird in 'Eagle Flight'

Joey Haar — November 9, 2016 — Tech
References: ubisoft & wired
Share on Facebook Share on Twitter Share on LinkedIn Share on Pinterest
'Eagle Flight,' a game from Montreal-based producer Ubisoft, is a VR game that fulfills one of the most atavistic human desires. At some point, nearly everyone has dreamed of soaring through the sky like a bird, dipping, diving and floating on thermal updrafts. Eagle Flight puts users in the first-person view of an eagle, letting them conquer the skies in immersive virtual reality while competing against other avian avatars.

Eagle Flight is set in a digital version of Paris. The choice of the historic city is clever, as it both centers the game in the real world and allows users to feel immediately familiar with their surroundings -- even someone who's never visited Paris in real life will undoubtedly be familiar with landmarks like the Eiffel Tower or Notre Dame.
1.4
Score
Popularity
Activity
Freshness
View Innovation Webinars