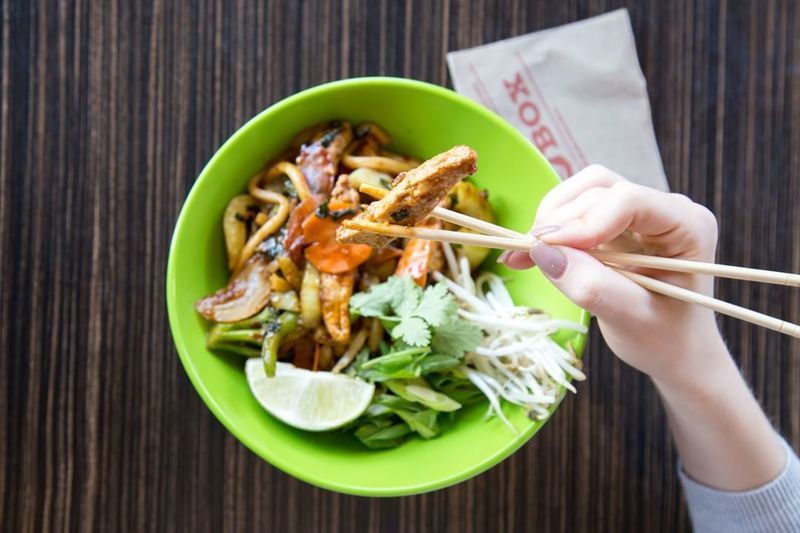 At the base of the bowl is a bed of rice—or noodles, which are available as a substitution—bean sprouts, green onions, cilantro and lime. The chicken alternative that is the feature of the dish is YamChops' Chick*n, made from soy and pea-based protein. The entire dish is enhanced with Wok Box’s spicy Dan Dan sauce and a soy-based glaze.

While Wok Box does offer many meat-based dishes, it also caters to vegans, vegetarians and those with gluten sensitivities by offering a flexible menu that allows for plenty of customization.
1.4
Score
Popularity
Activity
Freshness
Attend Future Festival