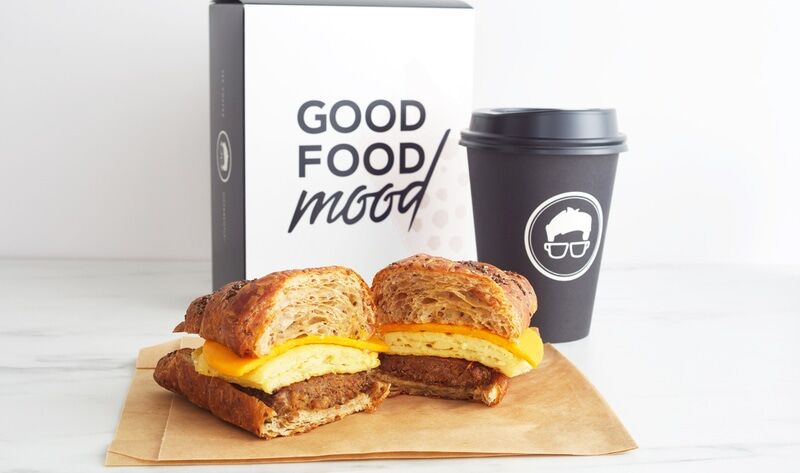 Laura McQuarrie — August 7, 2020 — Lifestyle
References: vegnews
Share on Facebook Share on Twitter Share on LinkedIn Share on Pinterest
Over the last few years, consumers have been introduced to a range of breakfast sandwiches that integrate select plant-based ingredients but the new vegan breakfast sandwich from Gregorys Coffee sets itself apart for being all-vegan. The Vegan Deluxe breakfast sandwich launched at all locations across New York City, New Jersey, and Washington, DC, and it contains JUST Egg, Beyond Breakfast Sausage, Daiya Foods’ cheddar cheese, all served on a vegan croissant.

While some breakfast sandwiches feature a meatless option that's paired with cheese or are served on a non-vegan bun, this one stands out for its use of all-vegan ingredients. As Gregorys founder Gregory Zamfotis says: "I wanted a sandwich for everyone and the Vegan Deluxe is it. The perfect combination of plant-based ingredients that anyone would love. Vegan? Flexitarian? Straight carnivore? You’ll love this sandwich. It’s the holy grail of breakfast, in my opinion."