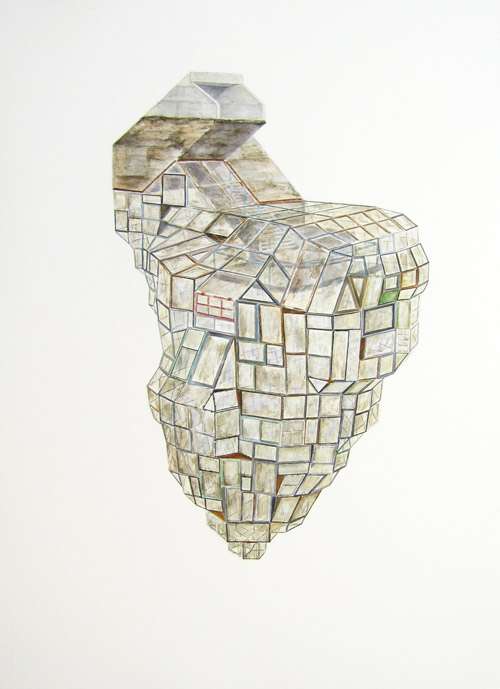 Susan Keefe — October 31, 2011 — Art & Design
References: tristramlansdowne & booooooom
These fanciful, architectural renderings are the handiwork of Canadian artist Tristram Landsdowne. Recently the artist was selected as one of 15 semi-finalists for the 2011 Royal Bank of Canada Painting Competition, Lansdowne's work is set to exhibit alongside other honored recipients at the Power Plant in Toronto starting November 12th.

Working mostly with watercolors, Tristram Lansdowne creates depictions of impossible structures as a means to illustrate the impermanence of human construction. The forms architecture he chooses depict are weathered and distressed, illustrating a supposedly rich history. Although his subject matter often looks as though it's weathered more than its fair share of storms, Lansdowne makes them appear vulnerable, lopsided and not long for this world. Structures with differing architectural styles sit precariously a top one another, thereby illustrating the changing and mismatched modern day urban landscape.

Lansdowne pieces demonstrate the flimsiness of the human-made world and its fragility in the face of time and mother nature.
1.9
Score
Popularity
Activity
Freshness