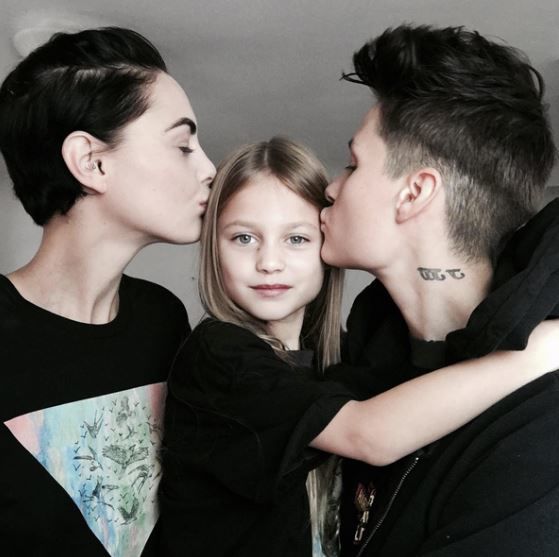 Riley von Niessen — October 24, 2016 — Social Good
References: instagram & theriotlife
Share on Facebook Share on Twitter Share on LinkedIn Share on Pinterest
'The Riot Life' is an organization that aims to bring LGBTQ-identifying persons and allies together through its collaborative projects -- making for a positive community that values both individuality and inclusiveness. For National Coming Out Day, which occurs annually on October 11th, The Riot Life joined with Rachel Harris and Stephanie Tamez of 'Saved Tattoo' for a campaign called #UniteForLove to raise money for LGBTQ-supporting NGOs.

In order to do this, the #UniteForLove t-shirts that were made feature artful designs that someone can look forward to incorporating into their wardrobe. To promote the cause, The Riot Life reached out to social influencers who then posted pictures of themselves in the tees along with descriptions of the meaning behind them. For each tee that's purchased, 50% of the cost will go towards an LGBTQ-supporting non-profit of the ambassador's choice, helping those who don't feel safe or comfortable in being themselves to find acceptance in a loving community.
6
Score
Popularity
Activity
Freshness
Attend Future Festival Virtual