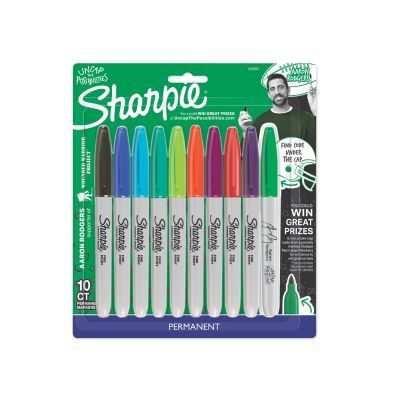 Sharpie's Packs Have a Marker Printed with an Athlete's Signature

Laura McQuarrie — June 15, 2018 — Life-Stages
References: uncapthepossibilities & prnewswire
As part of its Uncap the Possibilities campaign, Sharpie teamed up with The Players' Tribune to create a series of special-edition marker sets to inspire self-expression and imagination.

These collectible marker packs feature an athlete, along with the charity they support, plus a set of markers and one special design that is printed with their signature. As part of the project, Sharpie and The Players' Tribune teamed up with Aaron Rodgers, Chris Paul, Alex Morgan and Aaron Judge to support the Wounded Warrior Project, the Chris Paul Family Foundation, UNICEF Kid Power and #ICanHelp respectively.

The special-edition packs also give sports fans the chance to participate in a promotion to win prizes like autographed items, cash, sports merchandise or even a trip to New York City to meet the baseball star Aaron Judge.
3.4
Score
Popularity
Activity
Freshness