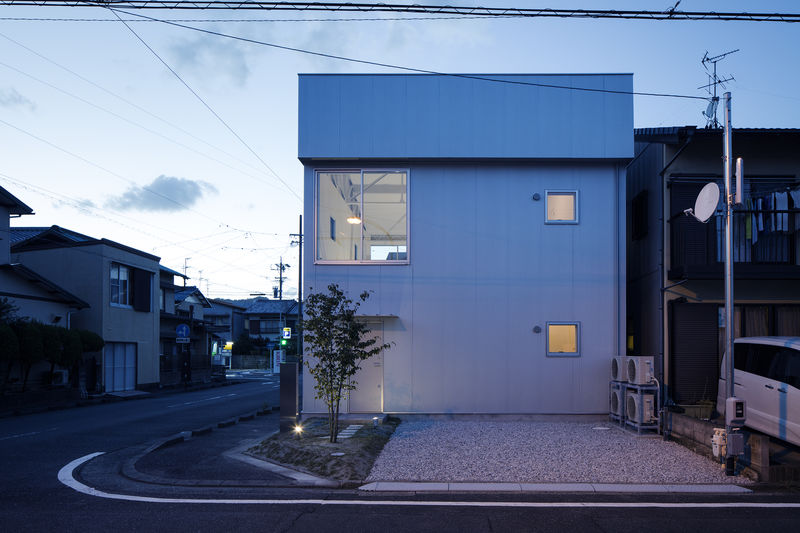 Joey Haar — January 25, 2018 — Art & Design
References: archdaily
In designing a renovation for a home in Shizuoka, Japan, Shuhei Goto Architects, the studio behind the project, clearly wasn't concerned with the styles common to the rest of the neighborhood. While most of the surrounding homes employ a traditional Japanese suburban style, with narrow profiles and gabled roofs, the home designed by Shuhei Goto Architects is far different. It's a relatively uniform cube with a white, corrugated aluminum facade, making it a modern oasis in the midst of the traditional.

Aside from the pure aesthetics of the building, its design is very intentional. The home, which was refitted from an office building to suit a small family, extends to the very edges of the property on all sides thanks to its cubic shape, ultimately increasing the amount of space that the occupants have for moving around.
3.7
Score
Popularity
Activity
Freshness