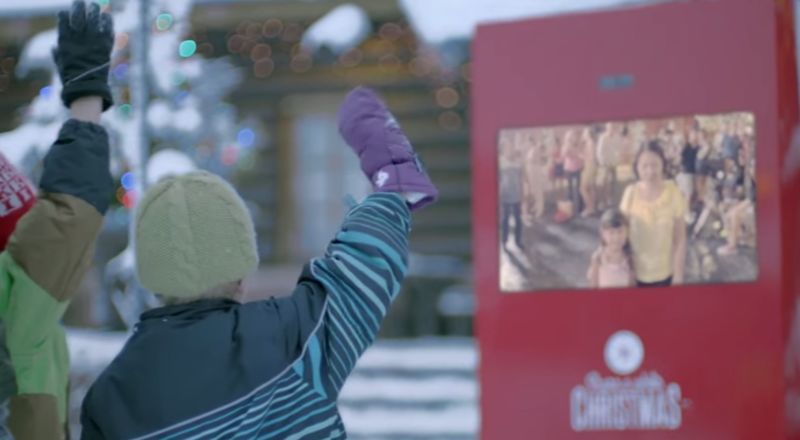 Laura McQuarrie — January 19, 2015 — Marketing
References: coca-cola & creativeguerrillamarketing
Share on Facebook Share on Twitter Share on LinkedIn Share on Pinterest
In order to help the people of Finland share Christmas with those in Singapore, Coca-Cola set up a unique machine. Although it stood tall like a vending machine, the unit was not full of drinks. In Finland where there was lots of winter snow, the machines were shaped so that snow could be shoveled into them. By doing so, on the other end in Singapore, people were treated to a fake snow flurry. Between the two-way cameras and screens, these people were able to take part in a virtual snowball fight and play around in the snow together, despite being miles apart.