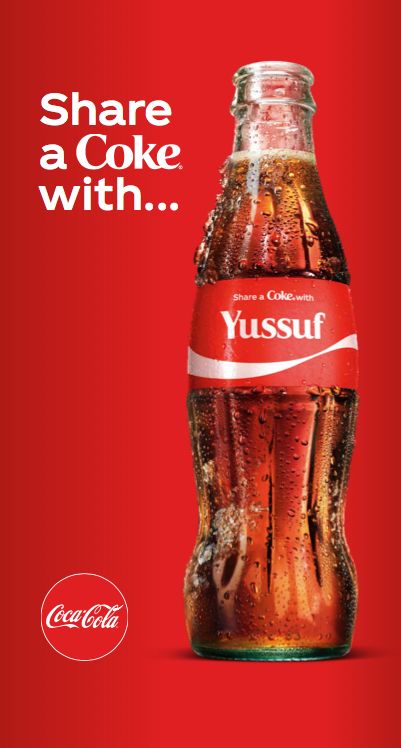 The campaign will now include over 1000 names that will be printed on the drink, the names will span many different cultural backgrounds. Coca-Cola South Pacific Marketing Director, Lucie Austin, stated that the goal for the new campaign was to have every Australian be able to participate in the campaign.

Coca-Cola's campaign runs on an extremely large scale, spanning many types of media, including billboards, online content, social media, and influencers. Increasing the number of people the campaign represents will allow for greater participation in the campaign as a whole. Additionally, adding names spanning different cultural backgrounds will make more consumers feel represented by the campaign.