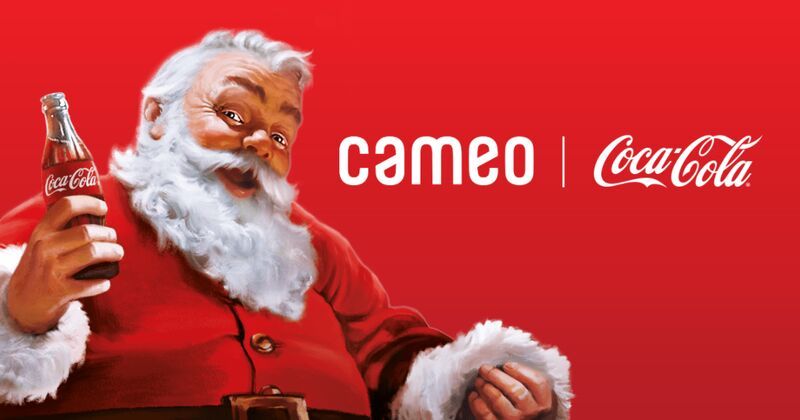 Elena Rahman — November 9, 2021 — Marketing
References: coca-colacompany
Share on Facebook Share on Twitter Share on LinkedIn Share on Pinterest
Coca-Cola and Cameo partnered up for virtual Santa Visits ahead of the holiday season. Many holiday traditions have evolved due to the COVID-19 pandemic, including sitting on Santa's lap in malls. To move with the times, Coca-Cola is launching a variety of safe Santa experiences for consumers during Dear Santa Letter Week.

Consumers can opt for one of three virtual Santa options. Coca-Cola is offering personalized videos from Santa on Cameo in either English, Spanish, or French. The holiday magic is also available through Coke and Cameo's live virtual event on December 1st, where Santa will introduce Coca-Cola's Real Magic short film with celebrity guests. Finally, to experience Santa first-hand, families can catch the traveling caravan and photo opp as it tours cross-country.