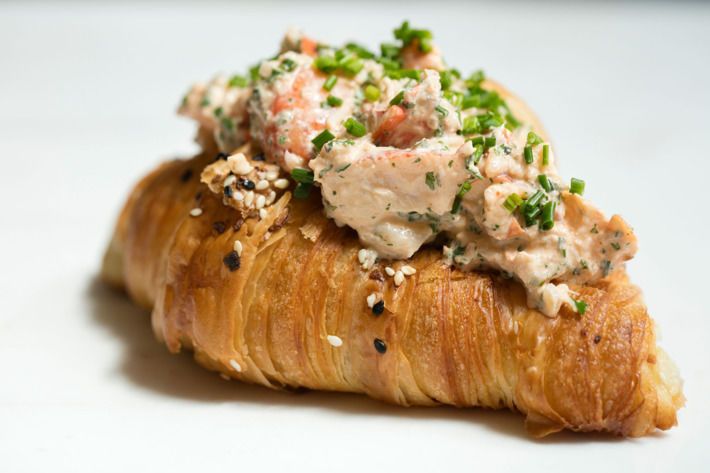 On the savory side, one of the most standout items on the menu is the croissant lobster roll, which puts a unique spin on the recent croissant craze and the classic lobster roll. Typically, lobster rolls are served in a breaded option that resembles a sandwich with two distinct halves, but in this format, lobster and the other flavorful ingredients used by Union Fare are served more like a decadent topping on the flaky pastry.