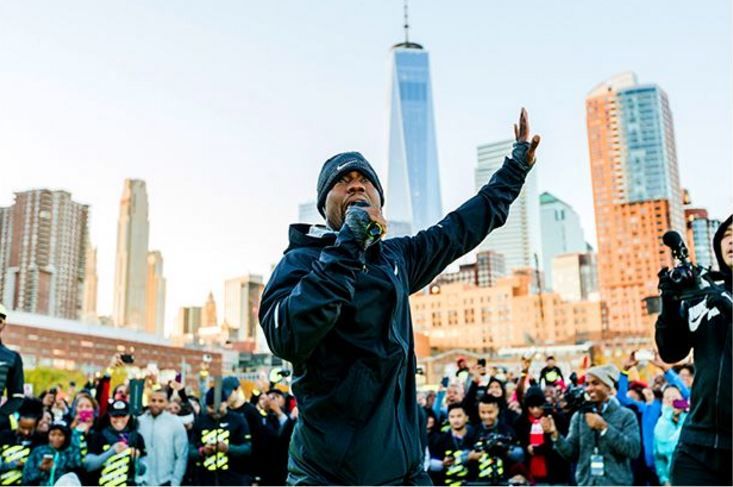 Rebecca Byers — May 5, 2016 — Lifestyle
References: nike
Share on Facebook Share on Twitter Share on LinkedIn Share on Pinterest
Launched by Nike Run Club in 2015, the Run with Hart program showcases Kevin Hart as an avid runner and athlete in addition to being a talented actor, writer and comedian. The campaign saw Hart lead runs with NRC members in cities all over the world, including Toronto, New York City, Boston, London, Sydney and many more.

The celebrity-led running campaign succeeds in getting people excited about running by positioning itself as a "movement," and by extension, about Nike's running technology. Depending on the city, the number of attendees at the average Run with Hart event can be anywhere from hundreds to thousands, with some of his famous friends even stopping by from time to time.

In addition to the series of runs, the program is supported by the hashtag #MoveWithHart and also includes a podcast titled the 'Move with Hart Podcast.'
3.3
Score
Popularity
Activity
Freshness
Get Better and Faster