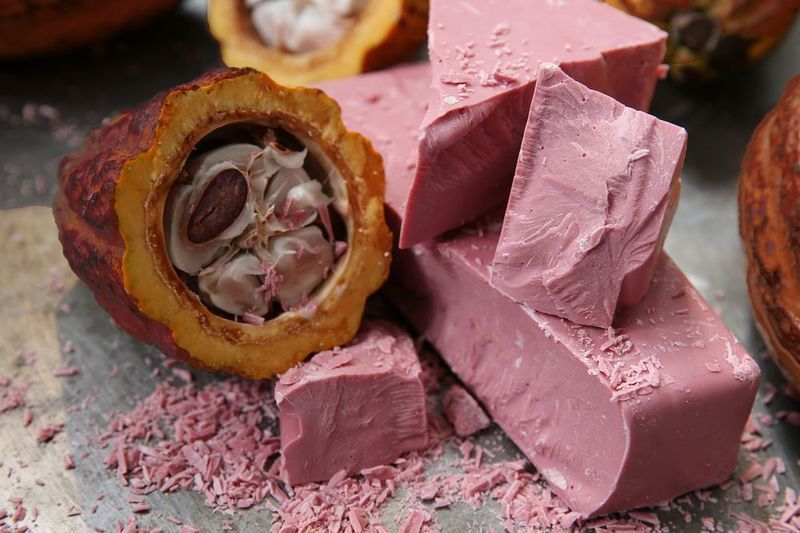 Joey Haar — September 6, 2017 — Lifestyle
References: bloomberg & eater
Share on Facebook Share on Twitter Share on LinkedIn Share on Pinterest
The Millennial generation has a fondness for the color pink, and Swiss chocolatier Barry Callebaut has seized on that affinity with his newest offering: "ruby chocolate." The chocolate is the same gentle, pink tone that is commonly found in all sorts of products beloved by Millennials, most famously on the iPhone.

While a dyed chocolate isn't particularly interesting in and of itself, Callebaut's ruby chocolate is far more than that. Rather than simply adding food coloring, Callebaut created the ruby chocolate entirely out of natural ingredients. The color instead comes from a new method of processing chocolate beans to isolate "the flavor precursors that preserve a red color and natural berry flavor," according to Callebaut.

Beyond the coloring, the ruby chocolate will taste just like typical chocolate as well, as it has no added flavors.
5.9
Score
Popularity
Activity
Freshness
View Innovation Webinars