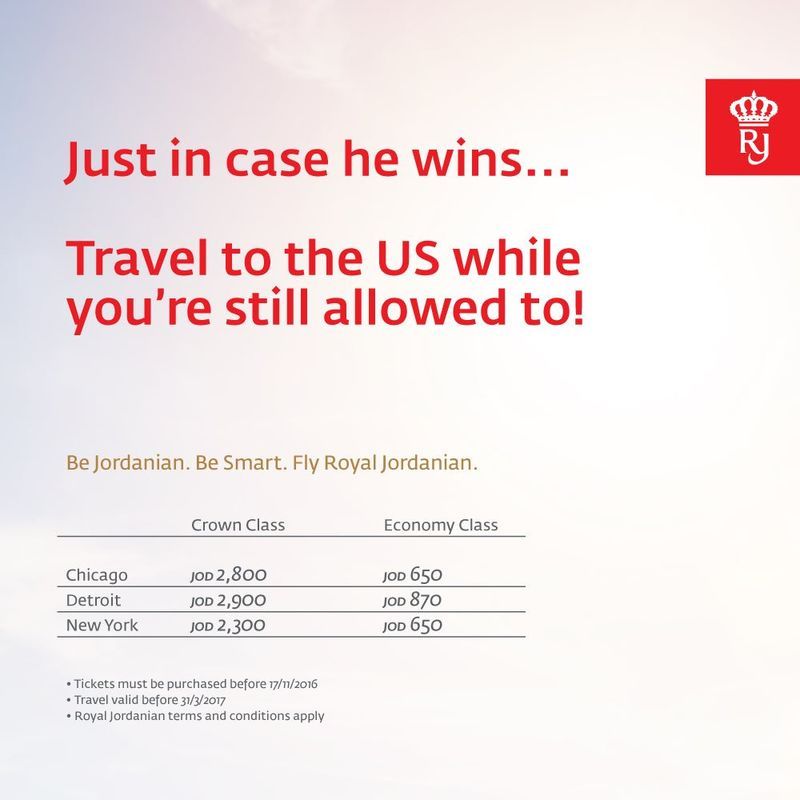 In one of the more controversial claims that Donald Trump made during his campaigning, the Republican presidential nominee and president-elect called for "a total and complete shutdown of Muslims entering the United States." As the flag carrying airline of Jordan, the majority of people who fly Royal Jordanian are Muslim. Though darkly satirical, the humor is likely to resonate with the airline's clientele.
2.9
Score
Popularity
Activity
Freshness
Access Advisory Services