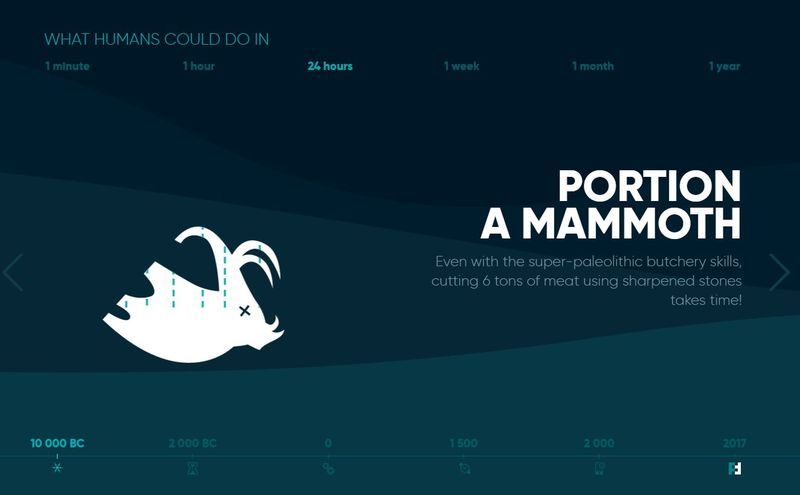 'Relativity of Time' Shows What People Could Do Throughout the Ages

Joey Haar — September 14, 2017 — Art & Design
References: relativityoftime.net & producthunt
Share on Facebook Share on Twitter Share on LinkedIn Share on Pinterest
Humanity has been productive for about as long as humans have existed as a species, but the 'Relativity of Time' site is a fun visualization of just how productive homo sapiens has been throughout the ages. The site, which is run by workplace tracking company 'Futuramo,' shows an interactive map of average times that it took for people to do things at various points in human history.

Relativity of Time's spans, which are divided into a single one of each unit (i.e. one second, one hour, one day, etc.) go back a ways. It starts off over 10,000 years ago, with facts about how much prehistoric people could achieve in the given periods. It then jumps to other times, including the time of the ancient Greeks, the Roman era, the Renaissance, and the turn of the Millennium.
0.6
Score
Popularity
Activity
Freshness
Get Trend Hunter Dashboard