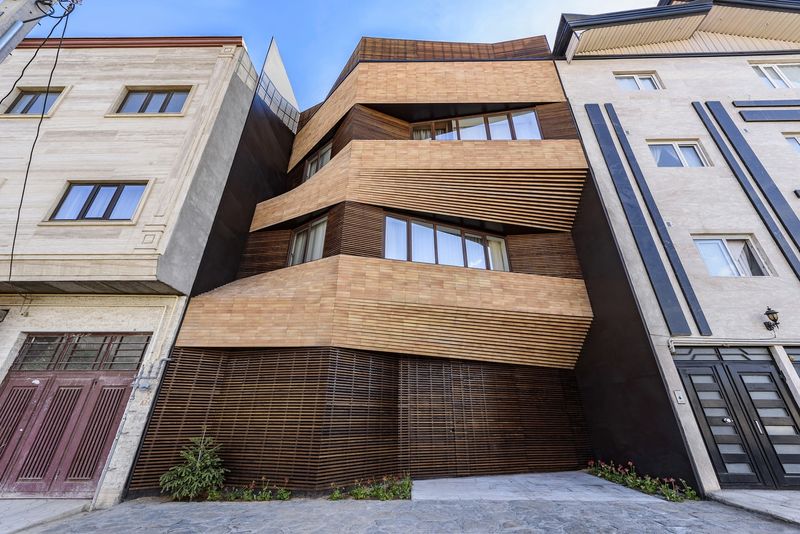 Joey Haar — February 20, 2018 — Art & Design
References: archdaily
Share on Facebook Share on Twitter Share on LinkedIn Share on Pinterest
Qorveh House, a mixed-use building located outside of Iran's Kurdistan province, does a good job of differentiating itself from the surrounding buildings. It looks to shuffle up the neighborhood's relatively uniform building designs, and it does so with a form factor directly inspired by shuffling.

Though Qorveh House has a primarily brick facade, it manages to make those solid materials look like thin cards in a playing card deck. The horizontal brick strips that run across the front facade of the home gradually fan inward, much in the same way as a card sharp or poker play fans their cards during a game. The illusion is both attractive and practical, as it adds a degree of dynamism to the interior space.